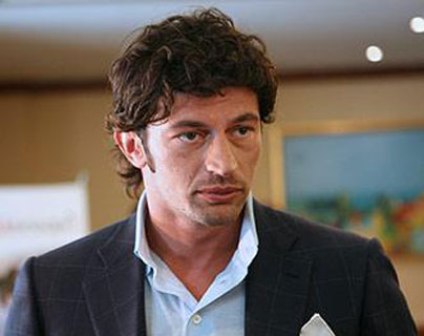 ArmInfo. The meeting with  Armenian Prime Minister Karen Karapetyan did not cover the possible  launch of the Abkhaz railway section, Georgian Deputy Prime Minister,  Energy Minister Kakha Kaladze said, when replying to the opposition's  accusations that the Armenian Premier's visit to Georgia covered  issues related to the launch of the Abkhaz railway section, Georgia  Online reports.  "The opposition tells a lot of lies. This specific  project was not discussed at the Government," Kaladze said.

To note, on Feb 24 Armenian Prime Minister Karen Karapetyan said  after his meetings in Tbilisi that Armenia and Georgia agreed on  creation of a transport corridor, which will become an alternative to  the Stepantsminda-Lars road linking Georgia and Russia. "We came to  an agreement on both Lars (Upper Lars checkpoint - editor's note) and  the energy corridor. In general, my visit to Georgia was fruitful,  warm and constructive," he said.

The parliamentary political forces of Georgia were not glad to hear  the information about possible launch of communication ways  alternative to Upper Lars and this discontent was expressed during  Karapetyan's recent visit to Georgia. In particular, the Georgian  politicians are afraid that the "alternative ways" mean the Abkhaz  railway. They think that the launch of the Abkhaz railway section  runs counter to the country's political interests.

To note, in Jan 2013 the then prime minister of Georgia Bidzina  Ivanishvili spoke of possible re-launch of the Russian-Armenian  railway running via Abkhazia. Ivanishvili said that it would be  possible to re-launch the railway in case all parties gave their  consent.

According to the survey of International Alert NGO (UK), the  potential costs of rehabilitation of the South Caucasus railways, in  particular the Sochi-Sukhumi-Tbilisi-Yerevan railway will total  $277.5 mln, which can pay for no earlier than in 100 years. The  restoration of the 190km section Psou-Inguri will cost $251 million.   The Inguri-Zugdigi section will cost $26.5 million. The section from  Zugdigi to Tbilisi and farther to Yerevan needs no repair.  It is  noteworthy that Abkhazian experts estimate the rehabilitation of the  railway at $350-$400 million.  Meanwhile, Georgian experts claim that  the project will cost some $73 million.