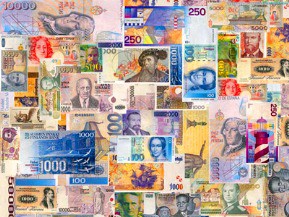 ArmInfo. Russian President Vladimir Putin has ratified the Law on Ratification of the Agreement on Cooperation in Organising an Integrated Currency Market in the Commonwealth of Independent States, Vzglyad reports.

The agreement contemplates direct access by the parties' resident banks to each other's domestic foreign exchange currency markets to conduct interbank FX transactions on terms more favourable than those offered to domestic commercial banks. This would help expand the use of national currencies in foreign trade payments and financial services and thus create preconditions for greater liquidity of domestic currency markets. As a result, this would create the conditions whereby domestic currency markets would be developed to the maximum, and it would become possible to carry out a coordinated currency policy that would aim to create extra opportunities for implementing long-term trade and economic investment cooperation strategies and achieve macro-economic stability in the region.

The agreement on cooperation in organising an integrated currency market in the CIS, signed in Ashkhabad on December 5, 2012, was drafted in order to implement the first item on the Plan for Implementing CIS Joint Measures to Overcome the Consequences of the Global Financial and Economic Crisis for 2009- 2010, as approved by a Resolution of the Council of CIS Heads of Government of November 20, 2009. The ratification and further implementation of the agreement should help step up and further develop economic cooperation and deepen integration within the CIS.