Minister of Transport, Communications and IT: Armenian PicsArt application may become leading company in IT field of the country 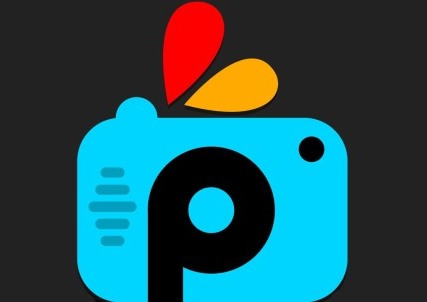 ArmInfo. Minister of Transport, Communications and IT of Armenia Vahan Martirosyan considers that Armenian PicsArt application may become driving force of IT field in Armenia. The Minister came to this conclusion after having a number of meetings on various levels with the representatives of companies as well as start-ups in IT. ''Today PicsArt is famous all over the world and its market price is already estimated at $250 mln. We hope that soon the company may become the leading program in the country'', Vahan Martirosyan stated.

According to the Minister in order to boost development of Information and Communications Technologies activities for developing a legislation package have been launched. The Minister stated that the legislative reforms envisage setting tax benefits for the representatives of the field. ''The draft will be soon presented to the government'', the Minister stated. Work has almost finished on establishing 16 representative offices in Armenia's embassies aimed at demonstrating IT potential of the country. Work has launched on founding a Center of Cyber Security for ensuring IT systems security. Minimal standards have been developed, to which network operators providing services to state agencies should meet. At the same time according to Vahan Martirosyan nearly 500 mln drams will be saved as a result of optimization of work of IT providers of services to state bodies.

To recall, on November 3 Armenian Prime Minister Karen Karapetyan held a consultative meeting on the prospects of development of information and telecommunication technologies. "I need a program to turn the world upside-down.  What changes should we make so that your industry, your business and the market could develop in addition to specific programs? What is preventing you? I need to realize your policies in terms of both specialist training and increased productivity in the GDP." Karen Karapetyan said that the Government is going to establish an investment fund, which will provide a mechanism to assist businesses, including the field of information and telecommunication technologies.  The Prime Minister instructed the Minister of Transport, Communication and Information Technologies to work with IT sphere representatives in order to generate clear synergies and develop targeted measures to offer specific proposals with practical results.

Last year Forbes published top-50 startups of 2015, the companies most attractive for the investors. PicsArt mobile application by Armenian developers held the fifth position estimated at $250 mln. PicsArt graphic editor was developed in 2011 by Armenian start up company established by Hovhannes Avoyan and Artavazd Mehrabyan. It reached success in 201, when free application was developed for iOS and Android. The program which is available in 13 languages, has already been downloaded by 250 mln users all over the world. PicsArt is considered competitor of Instagram. It can be used for editing photos, making collages and drawing. It also has a built-in social network for sharing your photos. Some of the tools it has include crop, perspective, stretch, tilt shift, artistic filters, borders, masks, text, lens flare and speech bubbles. In 2015 PicsArt received investments amounting to $10 mln from US Sequoia Capital venture fund.

According to the data of 2015 there are 500 companies operating in IT field in Armenia. The field ensures 20-25% y-o-y growth annually. The share of IT field in GDP totals 3.8%. According to the development strategy of the field it is planned to increase IT field turnover to $1 bln by 2018.