SCAT company to launch regular flights from Yerevan to Astana 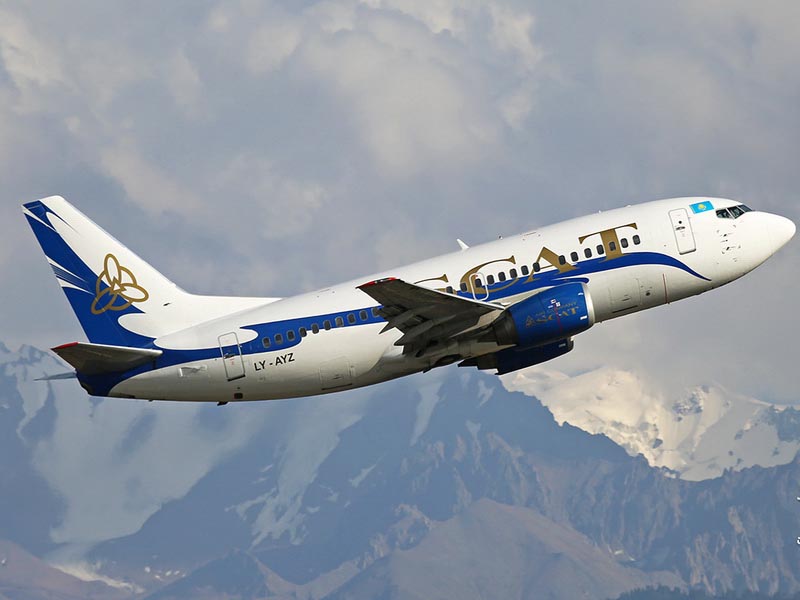 ArmInfo. Privately operated  Kazakhstan air company of SCAt will start implementing regular  flights from Yerevan to Astana. This was stated by Timur Urazaev, the  Ambassador of Kazakhstan to Armenia, on the margins of his interview  to ArmInfo.

"The tickets are available already at the  box offices. Armenian  partners have already applied to me personally, we have talked about  the necessity of such flight. We raised this issue within the  framework of intergovernmental commission works, and, to say  honestly, this flight is opened due to efforts of privately operated  Kazakhstan company of SCAT, which decided to launch such project. It  is assumed that Yerevan Astana flight will  be implemented twice in a  week, using Boeing  planes. The first flight is planned for May 31",  the diplomat said.

At the same time the diplomat stated that any company need not a  single-time profit, but a  permanent profitability. " I would like to  say that I  highly appreciate the work of SCAT, this company os not  afraid of competition - even with such large company like Air Astana,  which has a huge budget. Taking this opportunity, I would like to  call Armenian nationals to use this option, to visit Astana and to  attend a large international exhibition of EXPO-2017, which will be  officially opened on June 10 and will last until September," Urazaev  summarize.