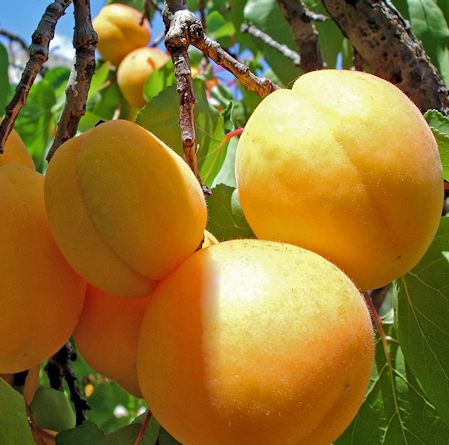 ArmInfo. Suren Karayan, the Minister  of Economic Development and Investments of Armenia and Norair  Aghayan, the Director of Janfida Agri Holding on June 5 signed a  memorandum aimed at organizing the export of Armenian agricultural  production to the Middle East, as well as the promotion of local  brands.

According to the information shared with ArmInfo  by the press office  of the Ministry of Economic Development and Investments, following  Suren Karayan, the export could be organized within the  implementation of such a tool like state insurance is. The issue of  organizing more available transportations to Gulf countries for  potential exporters, through negotiations with  transportation-logistics companies,  was also discussed. Parties  discussed also the options of transportation by cargo plains.

The representatives of Janfida Agri Holding JSC informed that they  plan to export 500-600 tons  of agricultural production  as the  minimum  in 2017   to the  Gulf countries. At that, Norair Aghayan  mentioned the huge  potential of Armenianagricultural products of  high quality at the UAE market.  According to the National Statistics  Service data, the foreign trade turnover of Armenia with UAE in 2016  formed USD 199,3 mln with annual growth for 2,3  times. Particularly,  the export grew 7 times up to USD 63,8 mln, within the import growth  for 27,4% up to USD 55,5 mln. In QI 2017 versus the same period of  2016 Armenia increased its foreign trade turnover with  UAE in 2,7  times up to USD 43,9 mln within similar growth of export and import  in 2,7 times.

To recall, in February 2017, Prime Minister of Armenia Karen   Karapetyan announced the possibility of attracting investments of $   3.2 billion in the coming years. Of these, 830 - 840 million are   expected this year. In April  the country's Ministry of Finance   reduced these investment expectations to $ 450 million. In 9 months   of 2016, foreign direct investments in Armenia amounted to only $ 92   million. Meanwhile, the government of the country in 2017 forecasts   an economic growth by 3.9% with an upward trend in 2018 and in 2019   by 4% and 4.1% respectively. The IMF forecast is more modest - 2.9%.