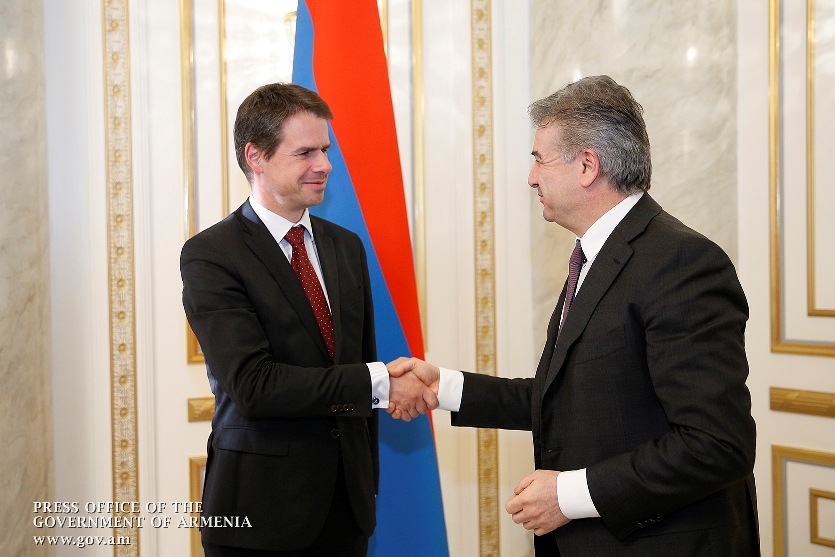 As the governmental press service told ArmInfo, during the meeting  the sides noted the high level of political and economic dialogue  between the countries, placing emphasis on the need to further  activate them. Karapetyan noted that Armenia may be a good platform  for France to enter the market of the Eurasian Economic Union. He  considered French investments in energy and high technology as  promising.

The sides also stressed the need to intensify cooperation in  international structures.

Ambassador Lacote noted that successful enterprises with French  capital on the Armenian market are incentives for investors in  France. According to him, the sphere of high technologies is  especially promising. The parties also agreed to intensify business  forums and meetings between entrepreneurs of the two countries.