Armenia was recognized as the "Best foreign MICE direction" of 2017 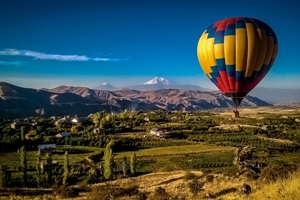 ArmInfo. Armenia is recognized as the best direction of the year at the main event of the Russian business travel industry.

According to the press service of Armenian Embassy in Russia,on december 7, 2017 in Moscow, the BBT (Buying Business Travel) Russia & CIS Award ceremony was held - an international award for outstanding achievements in the field of business tourism.

Armenia in the prestigious international competition was represented by the "OK Armenia" project with the assistance of the Armenian Embassy in Russia.  Following the results of the voting of the professional jury, Armenia was recognized as the "Best foreign MICE destination" of 2017. In this nomination, except Armenia, Georgia, Italy, France and the United Arab Emirates were represented.  For more than 20 years Buying Business Travel magazine has been holding a professional competition among TMS, MICE agencies, airlines, hotels, payment systems, Internet services and other market participants. Over the years, the BBT Awards have established themselves as the most prestigious decoration, an Oscar in the field of business tourism.  During the first nine months of 2017, 2.5 million people visited Armenia, which is 21% more than in the previous year. Armenia, in general, is visited by tourists from Russia, Georgia and Iran. Recently, there has been an increase in visits from Turkmenistan, Uzbekistan, Iraq, Canada, and Spain.