RA Ministry of Agriculture: In 2017, Armenia increased its agricultural exports by 21%, while imports increased by 17% 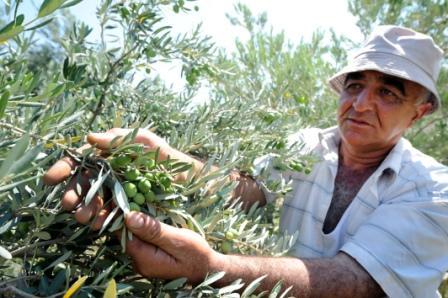 ArmInfo. Armenia increased  agricultural exports in 2017 by 21%, while imports grew by 17%. This  was during the meeting with Prime Minister Karen Karapetyan, RA  Minister of Agriculture Ignat Arakelyan said. "Thus, in the sphere of  agriculture a positive trade balance has been fixed," he stressed.

According to the Government of Armenia, Ignaty Arakelyan also noted  that in the GDP structure the share of the agricultural sector by the  beginning of 2017 was 15.9%.

Speaking about introduction of drip irrigation systems in the  country, I. Arakelyan noted that this year within the state program  the system will be implemented on an area of 1,600 hectares. "At  present, the work that the private sector must perform is being  adjusted," he said. Anti-hail nets will be installed on an area of 1  350 hectares.

Within the framework of the state program on leasing of agricultural  machinery, farmers will be provided with machinery and equipment for  a total amount of 2.8 billion drams. In this vein, Arakelyan noted  that according to the results of 2017, 165 households were granted  farmer households. agricultural machinery, which is more than 2.5  times the annual index.

For his part, the prime minister stressed that it is necessary to  understand the causes of the problems that have accumulated in  agriculture. "We have no restrictions on the markets. We have a  liberal trade regime within the framework of membership in the EEMP.  With the EU, the regime of trade preferences GSP + operates. GSP mode  works with the USA, Canada, Japan, Norway and Switzerland, as well as  a free economic zone with Iran. Our goal is to have modern, efficient  and profitable agriculture, and for this we need to carry out  reforms, "Karapetyan stressed.

According to the National Statistical Service of Armenia, in Jan-Dec  2017, the gross agricultural output of the RA fell by 3.0% to 906.8  billion AMD.