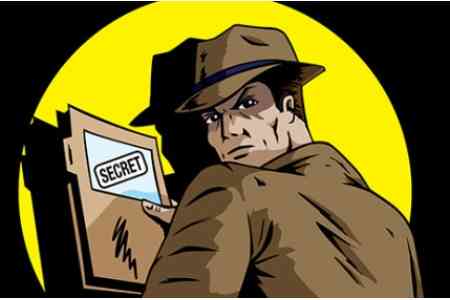 However, as the SRC press service reports, being the structure  responsible by law for secrecy, the State Revenue Committee, due to  artificial obstacles, is sometimes deprived of the opportunity to  fulfill its obligations.

<Based on the public reaction to the bills submitted and taking into  account that regulation of the issue is possible only through other  procedural procedures for obtaining this information, SRC at this  stage refrains from further discussions of the bills submitted on  bank secrecy, insurance and insurance activities and changes to RA  Tax Code>, the Committee said in a statement.

Recall that in September last year, amendments and additions to the  laws on "Criminal Procedure" and "On Bank Secrecy" were approved,  providing for some disclosure of banking information. According to  previous legislation, investigators and prosecutors could obtain bank  account information only with respect to suspects and accused. At the  same time, the accounts of related parties were not subject to  verification.  As the then First Deputy Minister of Justice Rafik  Grigoryan stated at that time, the regulation of the legislation in  force at that time prevented the investigation of cases related to  corruption risks, since often the investigation of corruption can be  related not only to these individuals, but also to people connected  with them, and in some cases the evidence that is necessary to  attract a person as an accused, inaccessible to the investigation due  to bank secrecy.

The amendments lifted the restrictions, but at the same time,  specific mechanisms of guarantees and restrictions were provided. In  particular, a full list of crimes has been established for which a  petition for disclosing bank secrets can be submitted, as well as  control is provided by the prosecutor's office to provide a petition.  In addition, the court must present a reasoned decision on the  application, assess whether this is the only aspect and whether it is  impossible to find out in other ways, as well as the possibility of  notifying the person of the decision made and the possibility of  challenging it.

Some experts believe that the bill of secrecy is fraught with many  threats to the banking system and is fraught with the outflow of  capital from banking institutions of Armenia. The Central Bank of  Armenia, in response, explained that these changes in no way cancel  banking secrecy - they only clarify the list of data requested by  court order.