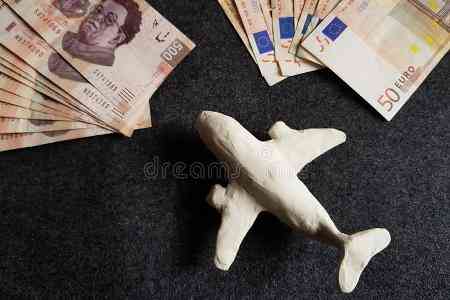 ArmInfo. The global tourism  industry could lose up to $ 3.3 trillion due to the coronavirus  pandemic according to the most pessimistic scenario, which is 4.2  percent of total global gross domestic product (GDP). This is stated  in the report "COVID-19 and tourism", released on Wednesday by the  United Nations Conference on Trade and Development (UNCTAD).  At the  same time, the experts calculated three scenarios depending on the  duration of the restrictive measures - 4, 8 and 12 months. In these  scenarios, according to experts, tourism industry revenues would fall  by 1.17, 2.22 and 3.3 trillion dollars, respectively.

Experts point out that international tourism is almost completely  paralyzed, and domestic tourism is limited by the isolation  conditions imposed in many countries. Although some destinations  began to open up, many citizens are afraid of international travel or  cannot afford it because of the economic crisis.  According to an  analysis of analysts, developing countries will be seriously affected  by losses in the tourism sector. According to experts, the most  significant losses will be in Jamaica and Thailand, whose losses will  reach 11% and 9% of GDP, respectively, in the most optimistic  scenario, while Kenya, Egypt and Malaysia may lose more than 3% of  their GDP.

Also named are the developed countries that will suffer the biggest  losses under all three scenarios: these are the United States ($ 187  billion over four months) and China ($ 105 billion). The US  pessimistic loss could reach $ 538 billion, or 3 percent of national  GDP. Thailand and France could lose about $ 47 billion each.

Experts in a report that covers 65 individual countries and regions  note that tourism is the backbone of many economies and a lifeline  for millions of people around the world. Meanwhile, the coronavirus  pandemic paralyzed the entire tourism industry and caused economic  problems in many countries. In this context, the organization called  on governments to strengthen the social protection of tourism  industry workers in countries severely affected by the coronavirus  pandemic, as well as provide assistance to tourism companies facing  bankruptcy risks, such as hotels and airlines. The report said that  one approach to alleviating the financial burden is loans or grants  with low interest rates.

Meanwhile, the UN report, prepared by the World Tourism Organization  in May, indicates that the number of tourists in the world in 2020  can be reduced by 60-80 percent compared to the previous year.   According to the Statistical Committee of the Republic of Armenia,  1.894 million tourists visited Armenia in 2019, which is 14.7% more  than in 2018 (against an increase of 10.5% a year earlier). And 1.868  million people left Armenia for tourism purposes, and this is 15.1%  higher than in 2018 (against an increase of 9.5% a year earlier). The  dynamics of the data in a three-year context indicates that in  2018-2019 a high positive balance of tourist flow was recorded, while  in 2016 the balance was negative - there were more tourists leaving  Armenia for tourist trips than tourists who visited Armenia. But in  2020, the emerging pandemic of the coronavirus and the restrictive  measures taken, including in terms of international air, rail and bus  services, they negatively affected the world tourism sector and  related segments. Specifically for Armenia, the statistical data for  the first quarter of 2020 indicates that the number of visitors  decreased by 14.6% per annum to 311,264 people, and those who  departed decreased by 13.3% to 275,716, while in 2019 In the same  period, almost the same increase in entries and exits was recorded -  5.2% and 5.7%, respectively. As a result, the positive balance of  tourist flow decreased in the first quarter of 2020 by 23.7% per  annum, against the growth of 2.1% a year earlier.

It should be noted that since March 16, as part of measures to  prevent the spread of coronavirus, a state of emergency has been  introduced, which will last until July 13 inclusive. In the first  month of the emergency, a temporary ban was imposed on many types of  activities (including restaurants, cafes, bars, casinos, hotels,  canteens, retail facilities and industries not related to food and  medical products). As part of the ban, public transport (including  the metro) was suspended and the movement of other vehicles (except  for taxis) was restricted, and international aviation, rail and bus  services were limited. The ban was partially lifted in the second  half of April, then from May 4 the list of permitted types of  economic activities was further expanded to ensure the vital  functions of the economy, and from May 18 the ban was lifted almost  completely. From the same day, public transport (including the metro)  and many public catering facilities and services began to operate,  but so far the activities of international air, rail, and bus  services have been limited.