Armenia ratified the Optional Protocol to the International Covenant  on Economic, Social and Cultural Rights 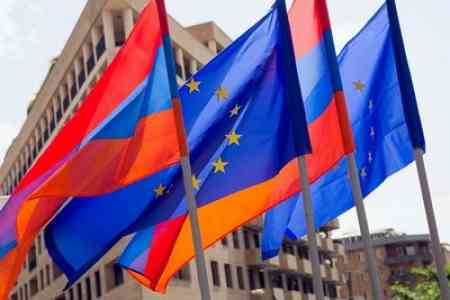 ArmInfo. The National Assembly of Armenia, at a sitting on September 17, ratified the  Optional Protocol to the International Covenant on Economic, Social  and Cultural Rights.

Kristine Grigoryan, RA Deputy Minister of Justice, who submitted the  document for ratification, noted that the document was adopted on  December 10, 2008. Armenia signed it in 2009. According to the  regulations for 2019, 45 states signed the protocol, of which 24 have  ratified it. According to the document, the State party to the  Covenant recognizes the competence of the Committee on Economic,  Social and Cultural Rights to receive and consider communications in  accordance with the provisions of this Protocol. The Committee will  not receive any communication if it concerns a State party that is  not a party to this protocol. Communications may be submitted by  individuals or groups of individuals under the jurisdiction of or on  behalf of a State party who claim to be victims of a violation by  that State party of any of the economic, social and cultural rights  set forth in the Covenant. If a message is submitted on behalf of  individuals or groups of individuals, this is done with their  consent, except in cases where the author can justify his actions on  their behalf without such consent. The Committee does not consider a  communication until it is satisfied that all available domestic  remedies have been exhausted. This rule does not apply in cases where  the use of such funds is unreasonably delayed. The Committee declares  a communication inadmissible if it is not submitted within one year  after the exhaustion of domestic remedies, unless the author can  prove that it was impossible to forward the communication within that  time limit. The Committee may, if necessary, refuse to consider a  communication if it does not indicate a clear violation of the  author's rights, unless the Committee considers that the  communication raises a serious issue of general importance.