The Central Bank of Armenia is against restrictions on credit  interest rates, seeing in this an undermining of market mechanisms  and a threat to the stability of the financial system 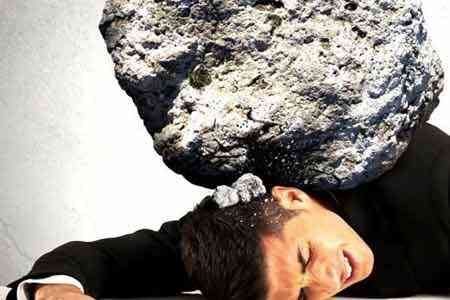 ArmInfo. The Central Bank of Armenia opposes the limitation of the upper threshold of credit interest rates of credit companies, seeing this as an undermining of  market mechanisms and a threat to the stability of the financial  system. Central Bank Deputy Chairman Nerses Yeritsyan stated this in  his speech at the parliamentary hearings on "Application of fines and  penalties on overdue loan obligations, interest rates on loans,  amnesty and other credit problems in the banking system of Armenia".

The hearings were initiated by the "Prosperous Armenia" parliamentary  faction at the request of various initiative groups demanding urgent  measures to limit the "permissiveness" of credit institutions "taking  the last kopecks from the population in trouble".

In particular, with regard to the restrictions on interest rates on  loans and the problems of the credit burden, the deputy head of the  Central Bank said: "It is important to understand what we can do and  what should be avoided. We must separate loans issued by banks from  loans of credit companies provided at high interest rates, the share  of which is very small in the total volume of lending. Moreover,  credit companies lend to a highly risky group of subjects or  individuals who do not have collateral, reliable credit history,  stable and reliable income, and these loans cannot be considered  pawnshop loans, since they are not secured by collateral. Therefore,  due to their riskiness, interest rates on them can be high. Many of  the citizens prefer or are forced to take out a loan in cash and  return it in cash. All this means that credit companies take higher  risks, and spend significant resources on providing such loans and  their servicing>.  Does Armenia need such a business or not? To  answer this question, you need to understand whether there is an  alternative to this. What should a person do if he urgently needs  money for important payments or purchases, but there is no way to get  a bank loan. Where, in this case, should he turn? Only to credit  companies.

A similar experience has already happened in the history of Armenia,  when criminals intervened in such issues, since people were forced to  take money at interest and, if they were not returned, they were  intimidated, beaten, deprived of property, and sometimes it even cost  them their lives. Meanwhile, today the borrower, assuming  obligations, is initially notified of the credit conditions and  confirms with his signature in the agreement that he is aware of the  burden he is taking upon himself, and for credit companies the losses  in case of non-repayment are significant. But the consequences of the  past are no longer observed. "

When asked whether it would be correct to introduce restrictions on  interest rates, N. Yeritsyan voiced the Central Bank's approach: "We  definitely believe that it is not. This distorts the market and can  only lead to one of the following two options. First, financial  institutions will stop lending, they will avoid it, because the  interest rate will no longer be equal to the credit risk, that is,  will not cover the losses and the cost of the loan, which means that  thousands of people will no longer be able to obtain loans when  needed. Second, financial institutions will begin to underestimate  the risk and, considering it low, will enter a more risky field with  the ensuing dangerous consequences. In these two options, we will  face a significant slowdown in lending growth. There is also research  that the interest rate cap increases the lending burden on borrowers,  as they take out more loans in a low interest rate environment.  Therefore, we believe that such administrative restrictions are  fraught with distortions".  There is a third scenario - the number of  "black" illegal creditors will increase, with the resulting criminal  manifestations.

In return, the Central Bank proposes the concept of responsible  lending, which has been discussed for a long time in parliament with  the participation of various beneficiaries. As a result, legislative  changes were introduced, which will come into force early next year  and will tighten the provision of loans to citizens who do not have  an appropriate credit history and sufficient income to service loans.   Summing up what was said, N. Yeritsyan attached particular importance  to three issues. "In all crises, the financial system did not avoid  the consequences, in conditions of uncertainty and shocks it paid a  dear price, and these costs were borne by the owners of banks. In  addition, both constitutionally and legally, we cannot impose on  private owners, in addition to taxes and mandatory state payments,  more and financial burden.Therefore, any assignment of credit  obligations has its own fiscal cost, and the decision is in the field  of public consent, where taxpayers have a decisive vote.From public  solidarity to responsibility is a very thin line, and not to go over  it and not make decisions instead taxpayers, we need prudence and a  professional approach, "he said.

In conclusion, he stated: "Today, financial stability, which has  proven its viability during several crises in recent years, is one of  the most important achievements of independent Armenia, and political  and emotional decisions can very easily undermine this stability.  There is no need to go far. Development of our neighbors and others  countries of the region in recent years is a vivid proof of this. Let  us also recall the massive bankruptcy of banks in the first years of  Armenia's independence and their consequences. The availability of  loans should prevail over the problems discussed today - this is not  a question of "more or less", but a question of access to loans,  because the consequences may be irreversible. After all, the problems  need to be addressed through regulation of the regulatory  environment, not by limiting interest rates or undermining market  mechanisms. "

Yeritsyan at the same time agreed that in Armenia it is necessary to  solve such an important problem as raising the financial literacy of  the population, which does not read loan agreements and signs them.  It is also necessary to protect people from "credit advertising".

It should be noted that a "restraining" mechanism of credit interest  rates has been used for banks for a long time. This is the discount  rate of the bank interest introduced by the Central Bank of Armenia  since December 1999. From that moment to December 2010, it decreased  from 45% to 12%, and to this day it remains at this level. The bottom  line is that loan rates should not exceed two times the discount rate  of the bank interest (i.e. should not be higher than 24% today). But  for credit companies, of which there are about 4 dozen in the  country, such restrictions do not exist.