Deputy Minister: The Kaps Reservoir may be of regional importance in  terms of prospects 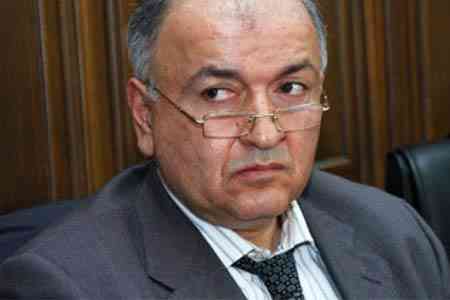 ArmInfo. The Kaps reservoir can be of regional importance from a perspective perspective. Deputy Minister of Territorial Administration and Infrastructures of the  Republic of Armenia Vache Terteryan, who presented a draft letter of  agreement with the German bank KfW on the postponement of the payment  of interest rates on a loan of 50 million euros, said this at a  meeting of the Commission on Financial-Credit and Budgetary Issues on  October 23.

The Deputy Minister recalled that the agreement was signed in 2014  and entered into force in 2018.  However, over the past period, of  the total loan amount, only 2.9 million euros were disbursed. For  this reason, it is proposed to postpone the start date of interest  rate payments and part of the principal amount of borrowed funds.  Basically, the delay is due to the long process of developing the  environmental impact assessment. Two days ago, this assessment was  received from the Ministry of Environment, consultants and  contractors were selected, which, after the ratification of the  document at the plenary session of the RA National Assembly, will  immediately begin construction work.

The Kaps reservoir, as the Deputy Minister noted, has not only  hydrological, but also ecological and socio- economic significance.  In conditions when Turkey is actively building reservoirs on its  territory, a problem with a shortage of water may appear. The  construction of the Kaps reservoir, which began in Soviet times, will  significantly solve a possible problem. Vache Terteryan also said  that the state budget of the country provides for an amount of 10  million euros, which will be directed to the resettlement of local  residents, in particular, residents of the village of Jradzor.

Let us remind you that the project cost is estimated at 60 million  euros, it is planned to implement it in cooperation with the German  bank KFW. The capacity of the Cape Reservoir will be 60 million cubic  meters with a 51 meter long dam. The project envisages the  construction of auxiliary structures of the reservoir dam, equipping  the points of hydrological observation of the Akhuryan river (from  the Arpi reservoir to the Akhuryan reservoir), the construction of  additional stations, the creation of a centralized database (SCADA  system). There will be an opportunity to replace mechanical  irrigation of 2,280 hectares of land with gravity irrigation, which  will save 1.3 million kWh of electricity per year. With the  construction of the reservoir, it will become possible to expand the  irrigated area by 7 thousand hectares in the Talin region. The  project is scheduled to begin in 2021 and be completed in 3.5 years.

To remind, earlier KfW Bank provided Armenia with a loan of 50  million euros and a grant of 2 million euros for the implementation  of the program for the construction of the Kaps reservoir. The funds  were provided for a period of 15 years with a 5-year grace period at  a fixed credit rate.