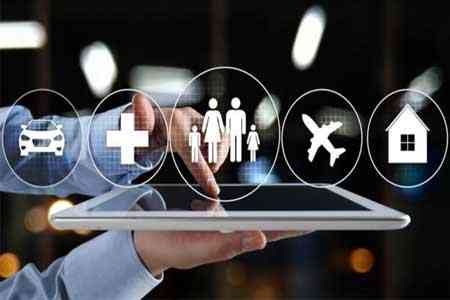 ArmInfo.The total net profit of insurance companies in Armenia for 2020 jumped 4.6 times (against a growth of 6.4 times in 2019), exceeding 4.4 billion drams or $ 8.5  million. According to the Financial Rating of Armenian insurance  companies prepared by ArmInfo IC, this was observed against the  background of deterioration of the annual dynamics of both premiums  and reimbursements, the former being less significant than the  latter.

Thus, insurance claims decreased in 2020 by 13.2% with a  decline in premiums by 2.6%, against growth a year earlier in both  cases - 14% and 11%, respectively. Out of 6 insurance companies, a  decline in premiums was recorded in four, and in indemnities - in  five, and the only insurance company that kept indemnities in growth,  with a slight slowdown, was RESO; on an annualized basis (2020 to  2019), four ICs increased their profits, and two came out of the loss  to a serious positive level.

On a quarterly basis, the net profit of insurers continues to  decline, but already at a slower pace - by 36.7% in the IV quarter,  against a 72.6% decline in the III quarter, having remained at a  positive level, against the background of a significant increase in  claims with a moderate increase in premiums ... As a comparison, we  note that a year earlier (in 2019) in the 4th quarter the profit  dynamics was also downward, but looked more modest, namely, from 34%  in the 3rd quarter, the decline slowed down to 26.5% in the 4th  quarter, keeping the indicator at a positive level at the background  of the recession of indemnities with the acceleration of the growth  of premiums.

It should be noted that 6 companies operate in the insurance market  of Armenia, which out of the available 20 classes of insurance  operate in 17, except for insurance of railway transport and  liability from its use, insurance of judicial and extrajudicial  expenses. Since the second quarter of 2020, the insurance class for  agricultural risks has been added to the UK reports, but it is not  added to the final indicator, since it is taken into account in two  other types of insurance: property against fires and natural  disasters; property from other damages. In terms of the largest  number of classes, INGO Armenia IC is licensed - 16 and Rosgosstrakh  Armenia IC - 15. (The estimated exchange rate of the dram to the  dollar as of 31.12.20 was 522.59 AMD / $ 1).