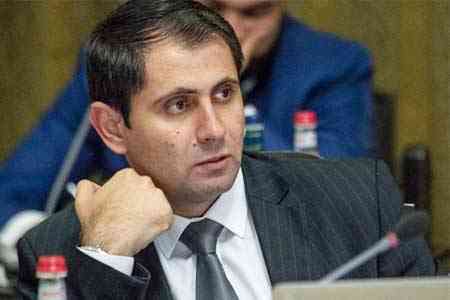 ArmInfo.In 2020, 580 subvention programs worth 26.2 billion drams were implemented in Armenia, Minister of Territorial Administration of the country Suren Papikyan said at a government meeting. He informed the head and members of the  government that from this amount the share of state budget accounted  for 14.3 billion drams.

For 2021, applications have been received for 800 projects for  subvention financing, which are under consideration. The Minister  assessed the implementation of the programs as effective, stressing  that state co-financing allows controlling the costs and quality of  construction.

He also informed that in the field of road construction, 350 km of  roads were repaired in 2019, and about 400 km in 2020. Also, 150 km  of intra-community roads were repaired through subvention programs.   According to him, several sources of funding are involved in the  implementation of the programs - from the state budget to grants and  loans.

Now work continues on such important sections of roads of republican  importance as Vanadzor- Bagratashen. He noted that as soon as the  weather conditions improve, construction of the 42-50 km section of  the Talin-Lanjik-Gyumri road will begin within the framework of the  North-South road project.