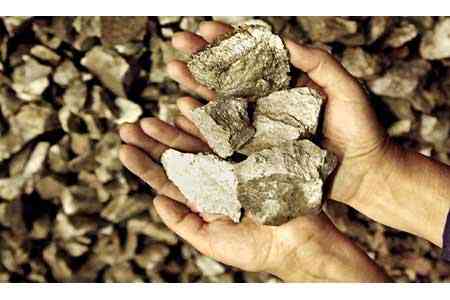 ArmInfo. The Armenian government has received signals from its foreign partners that  dubious and incomprehensible processes are taking place at the  Zangezur Copper- Molybdenum Combine, which is undoubtedly a national  treasure. Prime Minister of Armenia Nikol Pashinyan announced this  when answering the questions of the lawmakers in the RA National  Assembly.

Pashinyan stressed that there is even information that  there may be illegal withdrawal of capital . He recalled that ZCMC is  under close scrutiny by the State Revenue Committee and, according to  its information, a criminal case has been opened over the work of the  plant. The prime minister said that all information received within  the framework of the legislation will be verified.

<Yes, the Zangezur Copper-Molybdenum Combine is a national treasure.  But, it is important to know the answers to the question, does this  national wealth enrich the population of Armenia or only certain  circles?>, Pashinyan noted.  In this regard, he noted the need to  return to the 2000s, when ZCMC was privatized. What was the price of  privatization, the scheme, from whose side, whose names appear, who  then became the owner, what are they doing today. <Yes, the Zangezur  Copper-Molybdenum Combine is one of the largest taxpayers in Armenia,  but this does not change the situation. And who said that the taxes  paid by the Combine should not have been even higher? The Armenian  people should get answers to all these questions, "the head of  government said, recalling that, according to the legislation, the  country's bowels belong exclusively to its people.

To recall, in January last year, Nikol Pashinyan instructed to check  the media information that among the shareholders of the country's  largest mining enterprise in Armenia - the Zangezur Copper-Molybdenum  Combine (ZCMC) - there are people affiliated with high-ranking  officials of the former political regime.  <We have several  assumptions about this. There are preliminary data, but they are not  at the level that we could publish them, "Pashinyan said then.  To  note, Zangezur Copper Molybdenum Combine CJSC (ZMMK) is the largest  mining company in Armenia. The company's shareholders are officially  the German company Cronimet Mining (60%), Yerevan Pure Iron Plant  OJSC (15%), Armenian Molybdenum Production LLC and Zangezur Mining  LLC (12.5% each). However, some experts, having checked the  information, considered it incomplete and not transparent, since the  structure of minority shareholders is not clear. There was  information in the press about the presence of interests in it on the  part of family members of the third president of Armenia, Serzh  Sargsyan, who resigned after the "velvet revolution". A number of  Armenian parliamentarians appealed to the relevant authorities with a  demand to start an investigation into the fact how rather "modest"  persons, especially close to the family of the former president,  began to own the company's multimillion assets.