Will the EAEU expand? the Deputy Prime Minister of Armenia comments 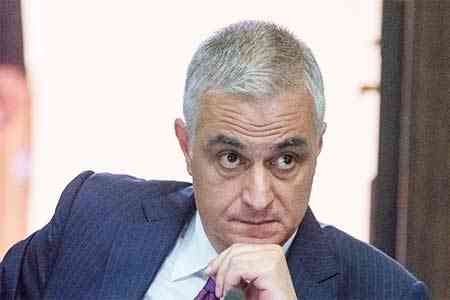 ArmInfo. In the near future, Armenia will present its position on Azerbaijan's participation in the upcoming meeting of the EAEU, Armenian Deputy Prime Minister Mher  Grigoryan said at a parliamentary briefing.

When asked whether it is possible that Armenia will veto Azerbaijan's  participation, Grigoryan replied - of course, yes, but this is a  process within which we will express our position. "This is not a  veto, it is a problem of agreeing or not agreeing on the  participation of another country in the meeting, which has a formal  process and will be completed in the coming days, I will personally  inform you about this, and the grounds for disagreement will be  mentioned," he said.

Answering the question, whether Armenia had put the issue of  returning prisoners as a precondition for consent to Azerbaijan's  participation, and whether this opportunity would be used, Grigoryan  answered with the question: "To whom?" As the Deputy Prime Minister  pointed out, the issue of prisoners of war is being discussed with  Moscow in a constructive format and he hopes that solutions will be  found. "If you consider this to be another opportunity, then this  opportunity will be used," Grigoryan said.

Earlier it was reported that Azerbaijan could begin the process of  integration with the EAEU countries, including with Armenia, through  the mediation of Belarus. For a start, as Gazeta.ru wrote, official  Baku could receive observer status, as, for example, Moldova, experts  say. "If the process goes well, then Azerbaijan will be able to  diversify its exports and even get rid of 'the oil curse'. Reputation  bonuses are also possible." A meeting of the Eurasian Economic Union  at the level of heads of government is scheduled for April 29-30 in  Kazan. The traditional theme of such meetings - deepening cooperation  and removing administrative barriers between countries - can be  supplemented this time with a new agenda item.