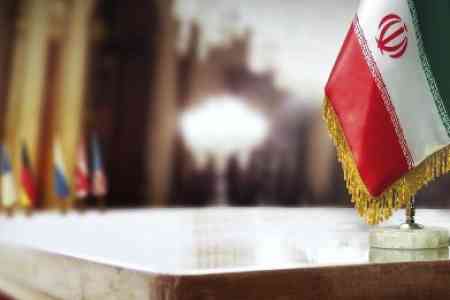 ArmInfo.There is a serious potential for the development of Armenian-Iranian trade relations, Armenian Ambassador to Iran Artashes Tumanyan is convinced.

Thus, in an interview with ISNA clarifying the progress in the  Armenian-Iranian trade relations, especially in the context of  interaction within the framework of the Eurasian Economic Union, the  ambassador noted that a separate interview should be held in order to  fully describe both the work done and the work ahead.  The diplomat  recalled that in recent years, the annual trade turnover between the  two countries amounted to several hundred million dollars. "At the  same time, this is mainly the import of Iranian goods to Armenia,  while the export was very small. The reasons are known. They are  related both to the economic opportunities of both sides, and the  current trade regimes and a number of restrictions (high customs  duties, import-export bans etc.).

Despite the fact that a lot of work has been done to raise mutual  awareness between the enterprises of the two countries (numerous  meetings, exhibitions, business forums, etc.), much remains to be  done, "the ambassador said.

At the same time, he stated that, of course, among the favorable  factors are Armenia's membership in the EAEU, certain trade benefits  with a number of EU countries, as well as the adoption of an  agreement on the creation of a temporary free trade zone with Iran  (2019), and naturally, Iran's significant economic potential.

"By the way, from the point of view of the export of Iranian goods  among the countries of the region (Azerbaijan, Georgia, Russia, etc.)  Armenia, with a population of about three million people, is in first  place (in terms of the volume of imports of Iranian goods per capita  of the RA). This means that the business environment in Armenia is  favorable for Iranian business, "the ambassador said, adding that  there is no doubt that there is serious potential for the development  of bilateral economic relations. According to Tumanyan, in this  sense, the expected events in the field of transport communication  (railways, highways) can play a significant impact.

"Thus, we can hope that for our countries the coming years will  become a period of development of relations, deepening cooperation  for the benefit of our peoples and the entire region," concluded  Tumanyan.

To note, according to the RA Statistical Committee, in  January-February 2021 Iran took the third position in Armenia's  foreign trade turnover - $ 58.4 million, despite the deterioration of  the annual dynamics from 42.5% growth to 0.3% decline. In particular,  the volume of exports of Armenian goods to Iran amounted to $ 7.2  million, with a deterioration in annual dynamics from an increase of  2.5-fold to a 45.7% decline, and imports of goods from Iran - $ 51.2  million (3rd position) with a slowdown in growth from 26.9% to 13%.