Armenian lawmaker promises that cross-border VAT payments will be  canceled 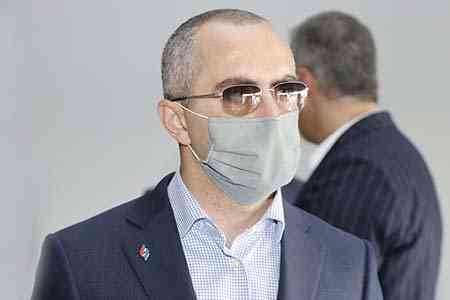 ArmInfo. On May 4, the Armenian Parliament discussed in the first reading the draft law "On Amendments and Addenda to the" Tax Code "of the Republic of Armenia,  which provides for reducing the timeframe for refunding value added  tax (VAT) to exporters from three months to one.

As the head of the Tax and Customs Committee Edward Hovhannisyan  noted, within the framework of the current legislation, VAT refunds  to a single taxpayer's account are carried out at the end of the  quarter on transactions subject to a zero rate. For economic entities  with a debt of less than 5 million drams, VAT refunds are carried out  only on the basis of an application, without desk audits, with a debt  of 5 to 40 million drams - in a simplified manner - on the basis of  an application of the economic entity and information that is at the  disposal of the tax authority, and if the threshold of 40 million  drams is exceeded, the funds are compensated based on the results of  a documentary study and confirmation of justification. At the same  time, there are restrictions on transactions subject to a zero rate -  the amount of the refundable amount cannot exceed 20% of the tax base  that arose when the zero rate was applied.

The State Revenue Committee proposes to abandon these restrictions  and provide an opportunity to apply for a VAT refund the next day  after submitting a report on the payment of VAT for the previous  month.  According to the current procedure, the application could be  submitted by the 21st day of the next month after the quarter. The  restriction on VAT refund in a simplified manner is also being  changed - if today the maximum refund amount for the quarter is 40  million drams, now it is provided on a monthly basis. Thus,  quarterly, it will reach 120 million drams.

At the same time, the tax office is ready to reimburse the VAT amount  the next day after the submission of the report, without waiting for  the 20th day of the next month.  Gevorg Papoyan, a member of the  standing committee on economic affairs, in turn, added that the  initiative will allow economic entities to receive compensated funds  faster and receive in a month the amount for which a business could  previously receive in a quarterly period, which will significantly  increase its working capital. In addition, according to him, the day  is not far off when the country's financial authorities will  completely cancel cross-border VAT payments.  Note that today the  parliamentarians in the second reading also discussed a package of  bills on the rights of persons with disabilities and related bills, a  package of bills on Amendments to the Tax Code of the Republic of  Armenia and on Amendments to the Law of the Republic of Armenia "On  Holidays and Memorable Days of the Republic of Armenia", who are  invited to establish an incentive system in Armenia and the Day of  Law Abiding Taxpayers.