Hundreds of enterprises will be closed, we will lose thousands of  jobs - Armenian restaurateurs warn the financial authorities against  the introduction of a common VAT system 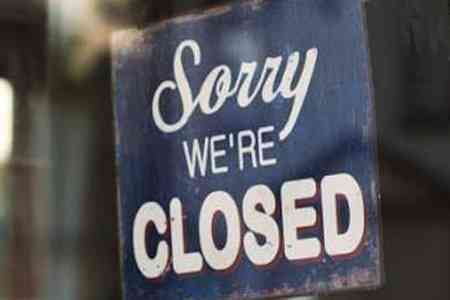 ArmInfo. The Armenian Restaurant Association issued a statement in which it expressed its strong disagreement with the government's proposal to introduce a common  value added tax (VAT) system.

As noted by the restaurateurs, the system is aimed at eliminating the  turnover tax, in particular for representatives of catering. As a  result of the implementation of the initiative, as noted by the  restaurateurs, the tax burden in the field will increase 3-4-fold,  and the cost of services in the sector will increase significantly.  "Hundreds of enterprises will be closed, we will lose thousands of  jobs," the statement said.  Meanwhile, the industry has not yet  recovered from the crisis over the war and the coronavirus.  In  addition, according to the Union, the new legislative initiative will  lead to a reduction in tax revenues of the state treasury. "That is,  it will not serve the government's stated goal of increasing tax  revenues to the state budget," they said.

Representatives of the catering sector recalled that in 2018 the tax  burden of the field was increased threefold, which means that if the  proposed concept is adopted within 3 years, the taxation of the  sector's business will increase 10-fold.

In this regard, the Armenian Restaurant Association calls for  maintaining the current turnover tax regulations, improving tax  administration and not hindering the restoration of the field.  To  recall, at the end of 2019, the Armenian government announced a  series of tax changes, including from January 1, 2020, Armenia  abandoned the license tax system with the transition to a general  taxation system, as well as from two alternative taxation systems -  self-employed and family entrepreneurship. it was replaced by  micro-entrepreneurship with a non-taxable threshold of up to 24  million drams. The financial authorities then said that at this stage  they refrained from increasing the tax burden for catering  representatives. So, the turnover tax for them at the level of 10%  did not come into force in 2020, as it was provided for by the new  Tax Code.

For them, the adjustments that came into force on July 1,  2018 were retained, that is, a 6% turnover tax, with the possibility  of a tax deduction of 3% of the documented expenses, but not less  than 4% of the turnover. At the same time, new taxation norms came  into force on July 1, 2018 - the license tax for restaurants (tax per  square meter) was replaced by a 6% turnover tax.

Meanwhile, as the Ministry of Finance of Armenia told ArmInfo, in fact, the department does not support the initiative. It was reported here that there is not even a draft law, but only a concept developed by the Ministry of Economy.