In period of pandemic and Artsakh war, almost 50 milion US dollars  premiums were allocated in public sector of Armenia 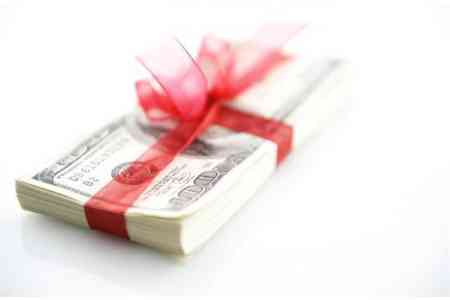 ArmInfo. In 2020, a total of about 22 billion drams (about 46.2 million US dollars) of premiums were allocated in the state system of Armenia. This was announced on June  2 by acting Minister of Finance of Armenia  Atom Janjughazyan, in the  parliament during the preliminary discussion of the annual report "On  the execution of the state budget of the Republic of Armenia for  2020".

So, according to the acting Head of the Ministry of Finance, in 2020,  the public sector was employed or it was predicted that there will be  a total of 19 thousand 709 people. The state budget planned to  allocate 87.4 billion drams to pay them salaries and bonuses. Of  these, 65 billion 458 million drams were envisaged to be directed as  salaries and allowances to it. Premiums, cash awards and special  payments amounted to 15 billion 477 million drams. 3 billion 929  billion drams were allocated for bonuses to employees of the  judicial, state and civil services, and 2 billion 548 billion drams  to employees of the tax and customs services. Thus, in total, the  state system allocated premiums totaling about 22 billion drams.