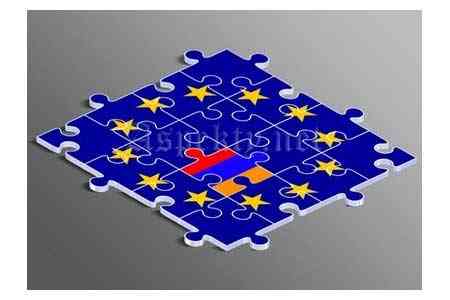 As a result, the share of Armenia's foreign trade turnover with the  EU countries in the overall structure of foreign trade increased from  19.2% to 20% on a y-o-y terms.

In terms of the volume of export of Armenian goods to the EU  countries, Bulgaria is in the lead, the Netherlands is in 2nd place,  Germany is in 3rd place, Italy is in 4th place, and France is in 8th  place. In terms of import volume among the EU countries, Italy,  Germany and France remained in the TOP-3, while the Netherlands and  Bulgaria occupy the 6th and 9th places.