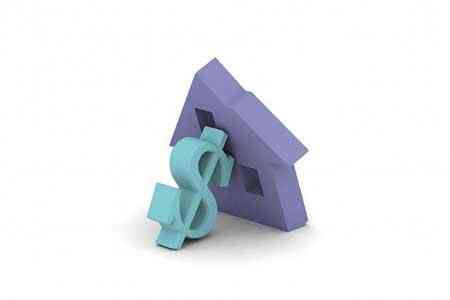 ArmInfo. On October 6, the National Assembly of Armenia adopted in the first reading a government bill on the gradual abolition of the income tax refund  system on mortgage loans in Yerevan.

According to the initiative, the benefit under the program will be  canceled from July 1, 2022. From this moment on, income tax will not  be returned to those citizens who decided to buy an apartment on a  loan in the 1st zone of Yerevan (center) and received a loan for it  after this period. From January 1, 2023, the income tax refund will  be canceled for those who purchased housing in the 2nd zone, from  July 1, 2023 in the 3rd zone. A 1.5 year break is then offered. The  rest of the city of Yerevan has a precondition for obtaining a  mortgage loan before January 1, 2025.

The proposed restrictions will apply to individual and multi-unit  residential buildings built on the basis of building permits issued  after January 1, 2022.

The bill was adopted with 59 votes in favor, 22 MPs voted against.  The "Hayastan" faction announced that it will vote against the bill  presented in this form and will submit its proposals.

To recall, the program has been in force since November 2014:  citizens who purchase housing on mortgage lending in the primary  market (apartments in new buildings or new private houses) receive an  income tax refund in the amount of interest on the mortgage. In 2017,  the financial authorities of Armenia stated that the legal norm was  aimed at creating a stable and effective demand in the field, as well  as solving social problems. As a result, it was noted that the social  component was negligible. The Ministry of Finance monitoring revealed  that more often the legal norm is used by those who do not have the  goal of solving social problems, but only enrich themselves by  acquiring another real estate. As a result, from January 1, 2018,  interest is not compensated for transactions exceeding 55 million  drams (about 115 thousand dollars).  The second limitation concerned  the amount of income tax that the state returns to the "mortgagee" -  within the framework of one transaction no more than 1.5 million AMD  per quarter, regardless of the number of borrowers or co-borrowers.  For a young family, if a couple acts as a borrower and a co-borrower,  this means that the monthly maximum amount of income tax in the form  of a return from the state treasury, which they can claim, is 500  thousand AMD (in proportion to their monthly joint income of 1.6 or  1.7 million drams). And, thirdly, it was decided that from January 1,  2018, the preferential program can be used only once, whether it is a  borrower or a co-borrower.  The next changes to the tax code of  Armenia were approved at a government meeting on August 12.