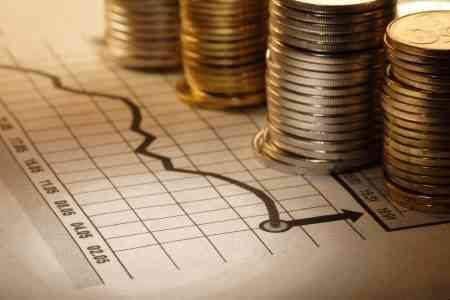 ArmInfo.The Government of Armenia is preparing  to issue debt securities designed for the Armenian Diaspora abroad -  Diaspora bonds. High Commissioner for Diaspora Affairs Zareh Sinanyan  announced this in an interview to Public Radio.

According to him, the question of the reasonability of issuing such a  financial instrument by Armenia has been regularly raised in the  government since 2018, but it is the first time that a practical step  in this direction has been taken. We are talking about the  legislative regulation of this issue. According to him, these will  most likely be ordinary registered bonds, aimed mainly at compatriots  from the Diaspora. Their yield will be slightly lower than government  bonds, since their price will include the "patriotic factor".   Diaspora bonds will be denominated in US dollars. Unlike Eurobonds,  they are intended not only for so- called "anchor" investors, but  mainly for retail buyers. The par value of one debt security is  likely to be $ 100.

According to Sinanyan, the initiative combines economic cooperation  between the Motherland and the Diaspora, and is also a way to quickly  get money in emergency situations. <It will also give the Diaspora an  opportunity to establish ties with Armenia. When creating capital for  Armenia, this can be done not on the basis of charity, but on the  basis of market principles of motivation. The idea, he said, is not  new, there is nothing extraordinary in it, "the Commissioner  believes, stressing that the issue is currently at the stage of  exploring the possibilities and the government should make the final  decision in the spring of 2022.

It should be noted that economist Eduard Panoyan already spoke about  this idea in an interview with ArmInfo at the beginning of this year.  According to him, the potential of the Diaspora is usually viewed as  an opportunity for investment, infrastructure development or  humanitarian projects in Armenia. At the same time, the Diaspora  itself from time to time needs the support of Armenia. The fact is  that rapid changes in the world, as well as new shocks and military  situations in different regions, are changing the geography and  format of the Diaspora. In some cases, new economic realities or  political events pose serious problems for Armenians living abroad.   Thus, for example, Armenians living in Turkey find it much more  difficult to take such steps. They regularly undergo "stress tests"  because of the internal situation in the country and the physical  danger that local nationalists pose to them. Financial restrictions  on the purchase and transfer of foreign currency are periodically  tightened. People who want to move abroad are deprived of the  opportunity to take out their property. In all these cases, enabling  them to acquire RA securities can play an extremely important role  both in providing practical support to our compatriots in the  Diaspora and in ensuring investment flows to Armenia (even if some of  them eventually move to other countries).

To note, such countries as India, Ethiopia, Kenya, Nepal,  Philippines, Israel, Nigeria, El Salvador, Sri Lanka have sufficient  experience in issuing diaspora bonds. Recently, this idea has been  "hovering" in Ukraine as well.  Experts believe that due to the  patriotic component, these securities can be placed with a lower  yield than commercial instruments. According to the Ukrainian analyst  Svetlana Babich, when it is almost impossible to find investors on  the world financial markets, the demand for diaspora bonds will  increase with their active promotion. Such investors will not rush to  get rid of securities as soon as a crisis occurs. On the contrary, as  a sign of support for their homeland, their responsibility will only  grow. Investors perceive such capital investments more as charity, a  tool to support their home country in difficult times.  In addition,  the risk of a country's inability to pay off debt in hard currency is  not as important for migrants as it is for other foreign investors.

Usually, migrant investors have certain obligations in their country,  therefore the accumulation of assets in their homeland is also an  interesting proposal for them. Success in working with the Diaspora  will have a positive impact on the country's sovereign credit  ratings.  As the experience of Israel and India shows, the issuance  of Diaspora bonds will be successful if the investor has the  opportunity to choose the most acceptable among a wide range of  conditions. Yes, it is appropriate to offer different denominations,  terms, terms of interest and principal payments. Particular attention  should be paid to active efforts to develop ties with the Diaspora.  Often, due to the low awareness of such securities, their issues are  not in demand, although they are attractive both for the state and  for investors.  Let us note as a benchmarking that the 4th issue of  10-year sovereign Eurobonds of Armenia in the amount of $ 750 million  was placed with an annual yield of 3.875% versus 4.625% for the third  issue.