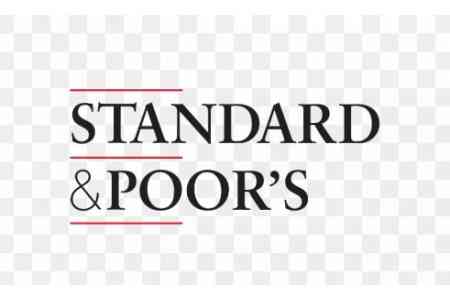 It also assigned its 'BB-' transfer and  convertibility assessment to Armenia. The latter exceeds the  country's sovereign rating by one level, thanks to which private  sector companies and financial institutions of Armenia, when rated by  Standard & Poor's, can receive a rating higher than the country's  sovereign rating (BB-) by one level.  In the future, the sovereign  rating from Standard & Poor's will allow, in cooperation with this  agency, to develop a national rating scale for Armenia, taking into  account the rich experience of Standard & Poor's in developing such  scales. This can become a new incentive for increasing the level of  transparency and business management in Armenia.

The positive outlook reflects also Armenia's prospects for a  continued rapid economic expansion over the next two-to-three years.  It also reflects the potential for faster-than-anticipated reduction  in external leverage as well as stronger fiscal performance.. S&P  says it could raise the ratings on Armenia over the next 12 months if  it sustained its strong economic performance with no major external  headwinds or pandemic-related challenges clouding the medium-term  growth prospects alongside sustained structural reform momentum. An  upgrade could also follow a larger-than-expected reduction in  external debt.

The entry of the largest international rating agency Standard &  Poor's into Armenia means that the macroeconomic situation and risks  in the country are improving, the flexibility of existing  institutions is increasing, and another international structure is  emerging that objectively evaluates the effectiveness of their  policies. This will definitely help to gain the confidence of  institutional investors and will have a positive impact on the  profitability of Eurobonds placed in the future.  Armenia's  cooperation with Standard & Poor's will contribute to the development  of the capital market in the country and accelerate the reform  process in this direction, given that the sovereign rating was also  obtained for private sector companies in order to ensure the  possibility of assigning a rating to them and entering the local and  international capital markets. Obtaining a sovereign rating Standard  & Poor's will reduce the costs of obtaining a rating for companies in  the private sector of Armenia, since in the absence of a sovereign  rating, the price for obtaining a rating by private companies also  includes an assessment of sovereign risk.

Armenia's sovereign rating "B +" is based on the assessments of  Standard & Poor's experts that, despite significant external  pressure, the country overcame the consequences of confrontation and  military conflict without endangering the country's economic  stability. Standard & Poors attributes this flexibility (opposition)  of the economy, at least in part, to the concept of sound fiscal and  monetary policies. With the funds accumulated as a result of sound  fiscal policy, the authorities have provided significant assistance  to the economy affected by the coronavirus pandemic, while  maintaining financial stability in the country. In 2020, the Central  Bank of Armenia also helped to counter serious and synchronized  shocks with its flexible monetary policy.

To note, in early September 2021, Moody's confirmed Armenia's  sovereign rating at "Ba3", leaving the forecast stable, expecting  real GDP growth in 2021 by 4.5%. At the end of September this year  Fitch Ratings has affirmed Armenia's long-term foreign currency  issuer default rating (IDR) at 'B +' with a stable outlook, improving  expectations for 2021 on GDP growth to 5.5% (from the previous 3.2%).