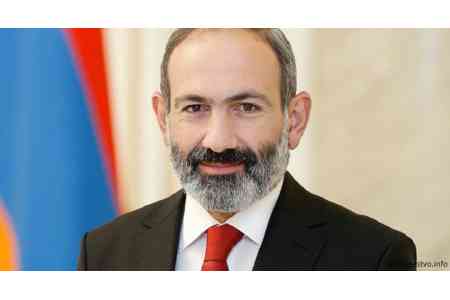 ArmInfo. Armenia claims to become a country with a strong metallurgical and metalworking industry. Prime Minister of Armenia Nikol Pashinyan stated this on  October 25 in parliament presenting the draft law "On the state  budget of the Republic of Armenia for 2022".

According to Pashinyan, the submitted document is intended to lay a  solid foundation for the implementation of the government's 5-year  program. "By the end of 2022, the government forecasts a 7% GDP  growth - despite the fact that this year was marked by a fragile  political and security situation, the growth of the Armenian economy  today is ahead of all early forecasts for growth. On the other hand,  the government hopes for more on the results of the year ", the Prime  Minister said. So, from the 3.2% of GDP set in the budget for the  current year, the financial authorities hope to reach the indicator  at the level of 6.5% by the end of the year. Nominal GDP, compared  with the program indicator for 2021, will grow by 635.9 billion - up  to 7.869.4 billion drams (from the expected 7.031.2 billion drams at  the end of this year).

As Pashinyan mentioned, it is gratifying to note that in September  2021 the highest index of registered jobs was registered - 651 141  people. "Never before has such a high indicator been recorded in  Armenia - the previous one was recorded in September 2020, the figure  was 631 thousand 966, which is 3% lower than the current figure," he  said.

Against the background of a fairly high inflation of 6.4% in  September of this year, as Pashinyan noted, the gross wage fund  increased by 15.3% or 19 billion 308 million drams, compared to  September last year, and wages per employee compared to September  last year, increased by 11.9% or 23 thousand 782 drams, exports  increased significantly - by more than 20%, and not only due to the  mining industry, but also due to the export of finished products and  agricultural products. The volume of construction this year increased  by 7%, the increase in services as of September amounted to more than  5%. "These factors make the goal of achieving economic growth of 7%  realistic, especially since they have already begun, and I hope the  implementation of a number of large investment projects aimed at  turning Armenia into a country with a strong metallurgical and  metalworking chain will be successfully completed," he said.

To note, at the end of September this year, it became known that a  100% subsidiary of GeoProMining Armenia, Industrial Company JSC,  acquired 60% of the shares of Zangezur Copper-Molybdenum Combine  CJSC. On September 30, the RA government approved the decision to  accept as a gift 25% of shares of Industrial Company JSC, which make  up 15% of the total capital of ZCMC. Within the framework of the  investment program, it is planned to build a smelter, which will  allow Armenia to export not the concentrate, but the metal itself.  The volume of total investments in the construction of a copper  smelter - smelter, a second open pit at ZCMC, an enrichment plant and  a new nuclear power plant of average capacity in Armenia is estimated  at $ 3-3.5 billion.