Moscow is optimistic about prospects for investments in Armenian  economy 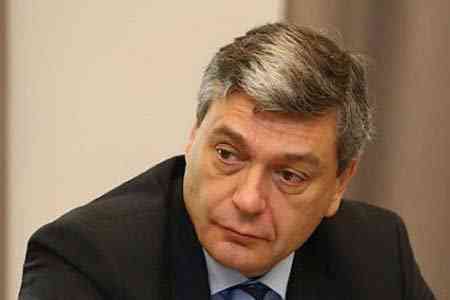 ArmInfo. Moscow is optimistic about the prospects for investments in the Armenian  economy, Russian Deputy Foreign Minister Andrey Rudenko said.

"We have very good prospects for economic cooperation. We are quite  optimistic about these prospects and believe that, indeed, Armenia  has a number of industries that would be attractive to Russian  investors, including large investors," Rudenko said, Russian media  with reference to RIA Novosti reports.

Earlier, the Deputy Minister of Economic Development of the Russian  Federation Dmitry Volvach said that Russian accumulated investments  in Armenia in the near future will grow from $ 2.2 billion by another  $ 1 billion. He also clarified that these funds will be directed to  energy, infrastructure and transport sectors.

To note, Russia is traditionally the main trade partner of Armenia.  According to the data of the Statistical Committee of the Republic of  Armenia, in January-August of this year, the trade turnover between  Armenia and Russia amounted to $ 1.5 billion, which is 12% higher  than a year ago. At the same time, exports increased by 30.9% to $  522 million, imports by 4% to $ 1 billion.