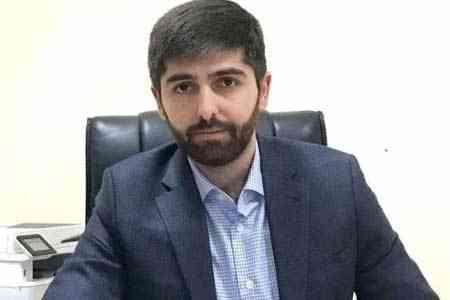 ArmInfo.On November 1-4, Deputy Minister of Economy of Armenia Arman Khojoyan, in charge of the agricultural sector, will visit the capital of Ukraine Kiev to  discuss mechanisms for controlling prices for basic-needs products  and conclude futures contracts.

According to the official website of the Armenian government, the  decision was signed by RA Prime Minister Nikol Pashinyan on October  27.

As stated in the document, the Deputy Minister of Economy of the  Republic of Armenia Arman Khojoyan will be sent to Ukraine (Kyiv) on  November 1-4, 2021, to discuss issues of land reclamation, digital  agriculture and animal husbandry with the Minister of Agrarian Policy  and Food of Ukraine Roman Leshchenko, issues of developing mechanisms  to restrain the possible rise in prices for essential products,  conclusion of futures contracts with the First Deputy Minister of  Economic Development, Trade and Agriculture - Trade Representative of  Ukraine Taras Kachkim. Meetings with various officials and Khojoyan's  participation in the WorldFood Ukraine 2021 exhibition are also  planned.

A week earlier, on October 21, in a conversation with journalists, RA  Minister of Economy Vahan Kerobyan complained about inflation about  inflation, which absorbs incomes. " We must contain inflation with  the tools we have in our arsenal," he said. According to Kerobyan,  the Ministry of Economy is working with the main trading partners to  provide domestic economic entities with supplies of products at a  more or less favorable price for them.