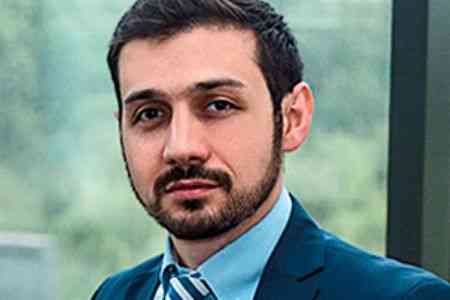 ArmInfo.The Standing Committee of the National Assembly of Armenia on  Financial-Credit and Budgetary Affairs approved the nomination of Hovhannes Khachatrian  for the vacant position of Deputy Chairman of the Central Bank of  Armenia (CBA).

Presenting the candidate, head of the profile Committee Gevorg  Papoyan stated that Hovhannes Khachatryan (born 1983, Yerevan),  graduated from the Faculty of Economics of the Yerevan State  University (YSU), has a master's degree. In 2015, he received the CFA  qualification - CFA certificate (Chartered Financial Analyst). In  2019, he received an MBA from the University of Chicago. From 2002 to  2008 he worked at the Central Bank of the Republic of Armenia, in  2008-2020 - at Ameriabank CJSC.  Since July 23, 2020, he is a member  of the Board of the Central Bank, a member of the Audit Committee of  the Central Bank, represents the Central Bank in the macroeconomic  and statistical committees of the EAEU, represents the Central Bank  in the Ministerial Committee under the Government of the Republic of  Armenia.  Hovhannes Khachatryan's candidacy was nominated by the  ruling Civil Contract faction.