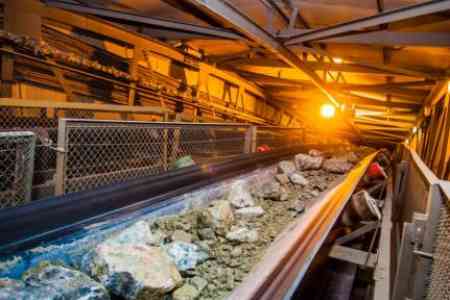 ArmInfo. Metallurgical industry of Armenia for 11 months of 2021 accelerated its y-o-y growth rate to 16.9% from 1.7% in the same period in 2020. According  to the data of the Statistical Committee of the Republic of Armenia,  the improvement in dynamics is associated with a sharp increase in  the production of castings from unalloyed (carbon) steel, as well as  the continuing upward trend in the production of ferromolybdenum.

In particular, castings from unalloyed (carbon) steel were produced  in January-November in the amount of 95.967 thousand tons, with an  acceleration of y-o-y growth to 7.8 times (from 13.1% a year  earlier). At the same time, in November, production volumes increased  by 28%, amounting to 11.609 thousand tons.

For other types of metallurgical products, a decline was recorded. In  particular, the production of copper concentrate decreased in  January-November by 0.2% per annum - to 345.3 thousand tons, and in  November alone the volume decreased by 19.2% - to 26.1 thousand tons.

The production of steel pipes decreased in January-November by y-o-y  7.2% to 15.790 thousand tons, and in November alone increased by  15.2% to 2.210 thousand tons.  All metals produced in Armenia are  mainly exported to Europe and the USA.