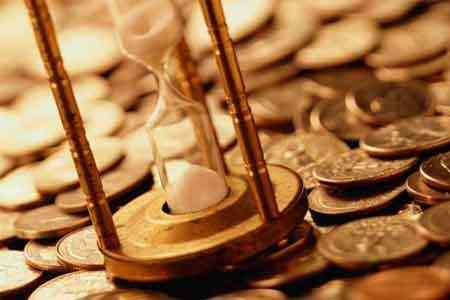 ArmInfo. On January 13, the Armenian government decided to amend the procedure for implementing subvention programs aimed at the socio-economic development of the  regions, and to increase funding for the construction of preschool  institutions.

According to  Minister of Territorial Administration and  Infrastructures Gnel Sanosyan, in order to increase efficiency in the  process of implementing subvention programs, changes are constantly  being made. At this stage, about 10 changes have been identified to  further improve the implementation of subsidy programs.

"In previous years, border and high-mountain communities were marked  in one line. Now we have tried to separate border communities in  order to increase the amount of state support in this direction. I  should note that the change applies to all border settlements," the  minister said.

Another change concerns preschool institutions. "Given the  government's intention to give new impetus to the construction of  kindergartens in communities, it is proposed to increase state  support. The minimum support threshold has been set at 70%,  regardless of the distance of the settlement from the capital. The  participation of the state in border and high mountain areas will be  increased to 80%," he pointed out.

Gnel Sanosyan noted that this year a new direction of state support  to communities is being added - the improvement of roads leading to  remote pastures. The program is aimed at the development of  agriculture.  The Armenian government will also work towards  providing high-speed Internet to settlements. "We want to introduce a  new direction - to lay a fiber-optic network channel, and suggest the  government to participate in the implementation of this program," the  minister said.

RA Prime Minister Nikol Pashinyan highlighted the well-coordinated  work of the community, government and private business. He recalled  the government's program to build 500 kindergartens in the next 5  years. The Prime Minister also pointed out that there are more than 1  million hectares of pastures in the republic, but about 80% of them  are not used.  The reason, as studies of the Cabinet of Ministers  have indicated, is the lack of normal roads leading to them.

Previously, the government reported that in 2018-2021, about 1190  subvention programs were implemented in Armenia. The total cost of  these subvention programs was not indicated in the press release,  however, on November 18, at a government meeting, RA Prime Minister  Nikol Pashinyan stated that since 2018, the Armenian government,  within the framework of subvention programs and direct financing, has  directed about 400 million US dollars to social - economic  development of the country's communities.

Pashinyan recalled that in 2021 the budget of programs implemented  jointly with communities of subsidy programs will amount to about 47  billion drams In addition, as Pashinyan pointed out, the government  makes direct investments in communities. "We summarized the data -  since 2018, direct funding of communities has amounted to 86 billion  drams. Schools are being renovated in many cities, but they remain  outside the scope of subvention programs. It turns out that since  2018 we have invested about 400 million US dollars through the  implementation of subvention programs or direct investments," Nikol  Pashinyan said, stressing that the 2022 budget provides for an  increase in the volume of these investments.