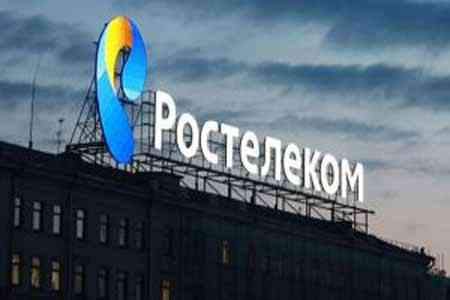 The issue was discussed at the RA Ministry of High-Tech Industry,  which did not object to the transaction after consulting the RA  National Security Service.

The Electric Networks of Armenia CJSC is owned by the founder of the  Tashir group Samvel Karapetyan and his family. Also, through the  Russia-based Forabank the Karapetyan family own almost 11% of the  Ucom company, which is one of Armenia's mobile operators. Ucom gave  assurances earlier that they are not a direct or indirect purchaser  of GNC-Alfa.

In August 2019, purchased the rest 25.02% of GNC-Alfa for RUB 507mln.  It was in the winter of 2018 that the media first reported  Rostelecom's intention to sell its daughter company. "We are thinking  about how much this business is complementary to us. Our task is not  to sell it. However, other global actors' experience shows that such  inter-country synergy is not obvious," Mikhail Oseevsky, Rostelecom  President, stated then.  "Different laws, different client base,  products. So we are thinking about how we can most effectively  organize our work - including through sale," he said. In  mid-September 2021, Mikhail Oseevsky stated that the company was  seeking a purchaser of the Armenian communication operator GNC- Alfa,  with the opening bid of about $25mln.

Rostelecom-Armenia is one of the leading telecommunication operators  in Armenia, which has since 2021 been providing broadband Internet  access, smart IP TV services, high-quality stationary telephone  communication, and a number of cloud-based services to individuals  and corporate clients. The company has introduced the GPON technology  in Armenia. The company's optic-fiber network has a total length of  2,500km and covers 80% of Armenia's territory. The network is  connected to the regional mainline communications networks and  international Internet channels through Georgia and Iran.  Rostelecom  Armenia is the only Armenian company that has three international  channels connected to Russia an Europe, which are both physically and  geographically separated from each other, which is a guarantee of  reliable and uninterrupted services.

In 2020, Rostelcom Armenia launched cooperation with CenturyLink, one of the world's major  Internet providers, thereby diversifying its transnational Internet  resources.