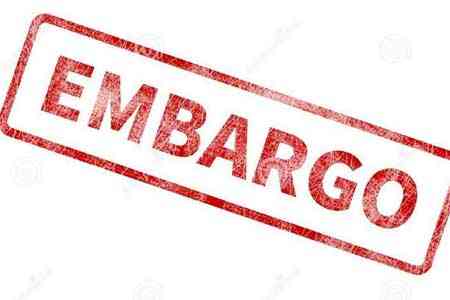 ArmInfo.Armenia for the second time for six months extends the ban on the export of scrap metal. The corresponding decision was made at a government meeting on January  20.

According to the explanation to the document, by the Decree of the  Government of the Republic of Armenia dated January 14, 2021 N 28-N  "On the application of a temporary ban on the export of a number of  goods from the Republic of Armenia", a temporary ban (for a period of  6 months) was applied a ban on the export of scrap and waste of  non-ferrous metals. This was done in order to enable local industrial  enterprises to develop their own production using scrap and waste of  non-ferrous metals and alloys. It is noted that scrap and waste  metals are a strategically important raw material for Armenia, given  the fact that there are no natural reserves of ferrous metals in the  country. "As for working with metal imported by industrial  enterprises in the absence of local scrap and waste, in this case the  cost of the products of these companies increases several times,  which makes the products of the latter uncompetitive," the document  says.

According to the document, the decisions was made due to the need to  regulate the export of scrap and non- ferrous metal waste, develop  local production, provide a raw material base, as well as stimulate  the activity of the country's manufacturing industry. "After the ban  came into force, the volume of local production increased  significantly. In particular, according to the Statistical Committee,  in January-September 2021, the volume of rolled steel amounted to  more than 70 thousand tons, and according to forecasts for the  current year, the figure will exceed 100 thousand tons, which is  almost twice as much as last year.

It is also noted that the fears of the business that, taking  advantage of the monopoly position, local factories will  underestimate the prices for the purchase of scrap from assemblers,  have not been confirmed. In fact, it turned out that if in 2020 the  price of black scrap was 40,000 drams per ton (a little more than 80  dollars) plus VAT, this year it is already 60,000 drams (plus VAT),"  the document says.

The ban is extended for 6 months, since under the agreement on the  Eurasian Economic Union, restrictions on the export or import of  goods by one of the countries of the union cannot be established for  a longer period. The decision will come into force on January 25 and  will be valid until June 25.