Armenia simplifies licensing for number of activities for foreign  companies 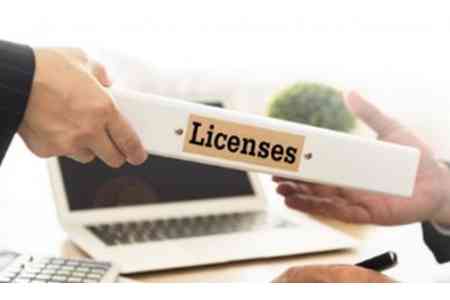 ArmInfo.Armenia simplifies the licensing process for a number of activities for foreign companies. The National Assembly adopted relevant amendments to the RA Law on January 20 in the second and final reading.

As Minister of Economy of Armenia Vahan Kerobyan stated earlier, the  process was initiated in order to make the participation of foreign  companies in the Armenian economy more accessible. Thus, according to  the studies of the department, 13 types of activities were recorded,  in respect of which the licensing process for foreign companies can  be simplified.

As a result, for legal entities from member countries of the Eurasian  Economic Union, the EU, the USA, Canada, South Korea, China, Japan,  the UK, Iran, the UAE, Georgia, the possibility of licensing in the  following activities is simplified: private security activities,  collection services, postal communication, nuclear or radioactive  material devices, organization of railway transport activities,  organization of passenger transportation by taxi from individual  entrepreneurs and organizations. The process will also affect the  types of activities licensed by the Urban Development Committee:  development of engineering and urban planning documentation,  examination of urban planning documentation, construction, technical  quality control of construction, engineering survey and inspection of  the technical condition of buildings and structures. "This will  significantly improve the business environment in these areas and  facilitate the activities of foreign companies in Armenia through a  simplified licensing procedure," the Armenian Minister of Economy  explained.

Yesterday, Kerobyan noted that in the period between the first and  second readings, according to these legislative amendments, the  provision was changed, according to which those foreign companies  from the above-mentioned areas, which activities in their countries  do not need a license, will also be able to work in similar areas in  Armenia.

The opposition factions did not support the initiative. In  particular, the representative of the Hayastan faction, Hripsime  Stambulyan, stated that the legislative act was adopted in the  interests of foreign companies and to the detriment of local  businesses. "The priority for our country is security, and this law  contains components of a threat to economic security," Stambulyan  said.