Armenia is concerned about decline in trade with Russia 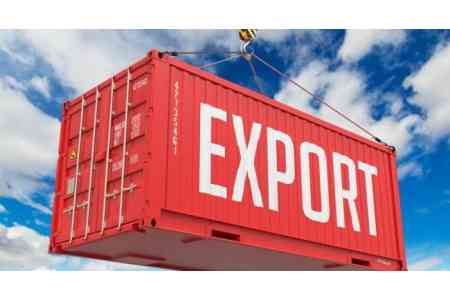 ArmInfo. According to the results of 2021, the export of Russian industrial products to Armenia in y-o-y terms increased by 14%, and the import of Armenian products  - by 10%. This was stated during the meeting between  Minister of  Economy of Armenia Vahan Kerobyan and Minister of Industry and Trade  of the Russian Federation Denis Manturov, which took place in Moscow  as part of a working visit.

According to the press service of the Ministry of Economy, the  parties discussed the current state of trade and economic cooperation  between Armenia and Russia and the priority areas of joint  activities.  In particular, during the meeting, Vahan Kerobyan  stressed with satisfaction the fact of a significant increase in the  volume of trade between the two countries, registered in  January-February of this year, and expressed concern about a  noticeable decrease in indicators in March. In this regard, he  proposed to carry out work to urgently eliminate the causes of  decline and restore growth.

The interlocutors also separately touched upon a number of joint  programs implemented in various fields.  In particular, Denis  Manturov emphasized the importance of developing cooperation in the  mining, metallurgical, chemical industries, as well as in the field  of agricultural engineering.

At the end of the meeting, the Minister of Industry and Trade of the  Russian Federation invited Vahan Kerobyan to take part in the  international INNOPROM: Central Asia industrial exhibition, which  will be held from April 25 to 27 in Tashkent.