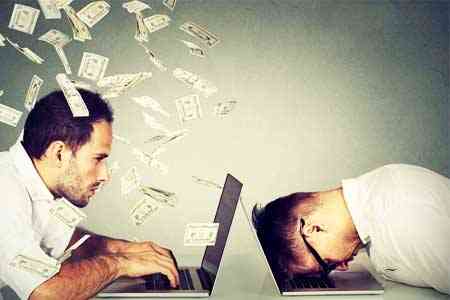 ArmInfo. Armenia will expand the circle of officials whose property will be subject to verification by the Prosecutor General's Office for legality. This was stated on May  5 at a government meeting by Deputy Minister of Justice Karen  Andreasyan, presenting a draft amendment to the law "On confiscation  of property of illegal origin."

According to him, in a short period of application of the legislative  act (the system has been implemented since September 2020), the  Prosecutor General's Office has done a lot of work. As a result of  this work, a number of gaps and omissions were identified, the  correction of which will make the initiative more effective, the  minister said.

Thus, within the framework of the proposed project, it is proposed to  expand the circle of persons in respect of whom property checks will  be carried out. The current regulations allow checking the property  of persons holding political, administrative, autonomous and  discretionary positions (prime ministers, vice- premiers, ministers,  Ombudsman, judges). Now the Prosecutor General's Office will be able  to check the property of officials declaring their property (middle  link).

The next innovation concerns the change in the extension of the  investigation period - 3 years in any case, instead of the current 2  + 1 (under certain conditions).

The Prosecutor General's Office is also given the opportunity, on its  own initiative, to start an investigation if there is a suspicion of  the illegality of the acquired property of an official or a person  affiliated with himher.

The changes also apply to property valuation. If there are problems  with the assessment of the market value of the property, an amount  equal to the purchase price of this property will be subject to  confiscation.

Prime Minister Nikol Pashinyan stated that society is not satisfied  with the results of the work done. Many cases are suspended because  the law was challenged by the opposition in the Constitutional Court,  he said.

The Prosecutor General of the Republic Artur Davtyan, in turn, noted  that only in the first 10 days from the moment the law came into  force, proceedings were opened against 200 people, and it is  necessary to check the transactions made by them for 10 years, and  sometimes more.

At the moment, 8 lawsuits have already been filed in court for a  total of 42 billion drams. There is already the first initiative of a  settlement agreement, which is also provided for by law. "I think  this is a good signal to others that such a solution is preferable,"  Artur Davtyan emphasized.