Seyran Sargsyan: The reduction in non-resident deposits had a  negative impact on the total volume of bank deposits 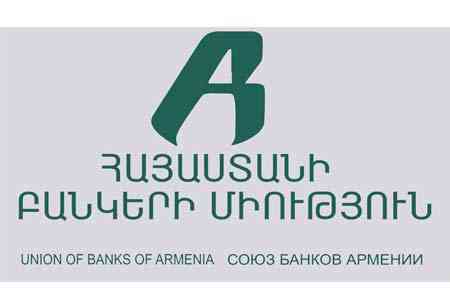 ArmInfo. The deposits of the banking system of Armenia for the first quarter decreased by 1% or by 42 billion drams, amounting to 3.98 trillion drams. Executive  director of the Union of Banks of Armenia (UBA) Seyran Sargsyan  announced this during a press conference on May 13, while noting that  in y-o-y terms, deposits increased by 7.6% or 281 billion drams.

The quarterly decline, he said, was due to the reduction in  non-resident deposits by almost 55 billion or 6.3%, which amounted to  825 billion drams. In y-o-y terms, this indicator also decreased - by  9.1% or 83 billion drams. Sargsyan said that such a trend was  expected due to the high volatility of the exchange rate and the  current geopolitical situation. "Naturally, in such conditions, a  certain part of the funds is returned to the source countries," he  noted.

And the deposits of residents, the volume of which reaches 3.1  trillion drams, increased by 13% year-on- year, maintaining growth  for the quarter - by 0.4%.  The head of the UBA also noted that over  the last 2 quarters, the dram and currency components have become  equal in the deposit portfolio. "I would like to draw attention to  the correct behavior of clients who save their funds on deposits in  various currencies in the face of high exchange rate volatility and  uncertainty," he said.