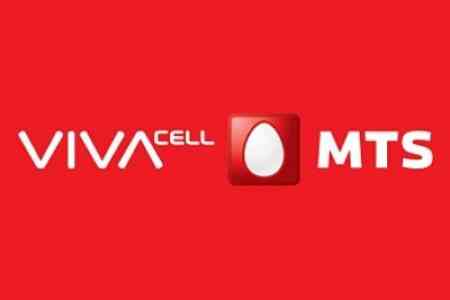 The company said in a statement:

"Mobile TeleSystems Public Joint Stock Company ("MTS" or "the  Company") (NYSE: MBT; MOEX:  MTSS), Russia's largest mobile operator  and a leading provider of media and digital services, announces that  Armen Avetisian has been appointed by the Board of Directors of MTS  Armenia, a wholly owned subsidiary of the Company operating in  Armenia under the Viva-MTS brand, as the CEO of Viva-MTS.

Previously, Mr. Avetisian was Vice President for the Internet of  Things and Industrial Automation at MTS.

Mr. Avetisian started his career in the telecom and IT industry in  2004 and has led the commercial and technical departments at several  large telecom and IT companies. He was Head of MTS's branch in  Krasnoyarsk from 2013 to 2016, and was MTS's Director for Regional  Development from 2016 to 2021. He built the new Internet of Things  business stream at MTS in the position of Vice President for the  Internet of Things and Industrial Automation, which he held from  March 2021 until his appointment as CEO. He graduated from the  Banking Department at the Plekhanov Russian University of Economics.

Ralph Yirikian, the previous CEO of MTS Armenia, is leaving the  company to focus on other business projects. He led MTS Armenia from  its incorporation in 2004 to its position as the undisputed leader in  the telecommunication sector in Armenia," the statement sa