Construction work on Tatev-Aghavni road is planned to be fully  completed by autumn of this year:  Sanosyan 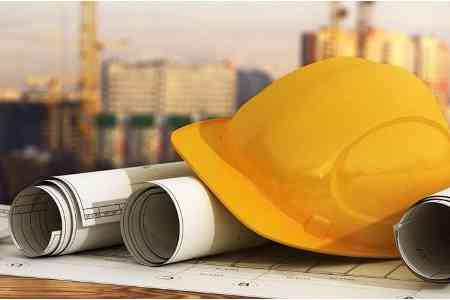 ArmInfo. Construction work on  the Tatev-Aghavni road is planned to be fully completed by autumn of  the current year. Minister of Territorial Administration and  Infrastructures Gnel Sanosyan stated this on June 15 during a  government hour in parliament, answering a question from Armen  Khachatryan, a MP from the ruling "Civil Contract" faction.

The MP, in particular, inquired about the reasons for the poor  condition of this road.

In this regard, the minister pointed to the presence of a number of  objective reasons, one of which is the difficult topography of this  section of the road and the condition of the soil. In addition, the  construction of one of the three sections of the road was planned to  begin before the other two sections. The road was not intended for  heavy cargo transportation, so instead of two-layer asphalting,  three-layer asphalting was planned. According to Sanosyan, the  remaining two sections had to be repaired in a fairly short time, and  in parallel with traffic and under adverse weather conditions. For  these reasons, the work was not completed to the end, in particular,  the last layer of asphalt was not laid. "The shortcomings are  eliminated one by one, two construction companies on two sections of  the road have one kilometer left to eliminate the shortcomings and  lay the third layer of asphalt, another company delivers equipment to  eliminate the shortcomings on its section of the road," the minister  said.

He refuted the rumors that the road had collapsed  yesterday, saying  that it had only been closed for a few hours to transport a  large-diameter pipe.