"Great Silk Road": It is expected to launch a tour route linking  Crimea, Kuban and Armenia 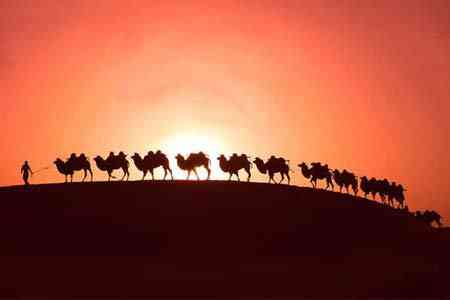 ArmInfo. Crimea and Kuban intend to launch a tourist route, "The Great Silk Road", which unites the cities of both regions and Armenia. This was reported by the  press service of the Ministry of Economic Development of the Republic  of Crimea, referring to a statement by Deputy Prime Minister of the  Republic Irina Kiviko.

<The historical tourist route, "The Great Silk Road", will help unite  tourists who are interested in history and religion. It may pass  through Armenia, the Krasnodar Territory and the Crimea, which will  contribute to both the influx of investments and the influx of  tourists>, she noted.

In turn, the Deputy Governor of the Krasnodar Territory, Alexander  Ruppel, took the initiative to develop interregional tourist routes,  including using artificial intelligence.

It is reported that the parties reached an agreement to establish a  joint working group to develop proposals for further cooperation.

In April this year, Irina Kiviko reported that travel companies of  the Republic of Crimea and the Republic of Armenia are discussing the  possibility of opening a tourist route along the Great Silk Road,  which in the Middle Ages passed through the Crimean peninsula and  Armenia. "This is an interesting proposal and an interesting route,  both from a historical and religious point of view, because it will  pass through the ancient Armenian monasteries of Crimea," Kiviko  said.  According to the Deputy Prime Minister, the tourist route from  Armenia to Crimea will be laid through Anapa, thanks to which  tourists will be able to get acquainted with the places that were  part of the Great Silk Road.