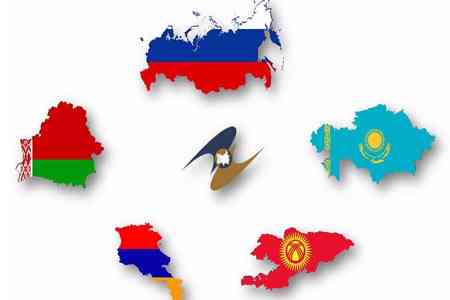 ArmInfo.Today, 74% of mutual trade is carried out in national currencies in the EAEU. Chairman of the Board of the Eurasian Economic Commission (EEC) Mikhail  Myasnikovich announced this during an interview with TASS.

At the same time, he stressed the importance of using national  currencies in pricing. <We are talking about the currency of the  agreement. And so our economic entities conclude agreements in  reserve currencies, especially for commodities, and then  recalculation takes place in the calculations. That is, it is  necessary that the currency of the contract is also national, then  this issue is resolved in a complex>, Myasnikovich said.

At the same time, the Member of the Board pointed out the need to  establish local commodity exchanges (hydrocarbons, metals, rare earth  materials, etc.), which can form pricing in national currencies.  In  March 2022, the EEC Council decided on a phased transition to  settlements in national currencies within the Eurasian Economic Union  (EAEU). Minister of Economic Development of Russia Maxim Reshetnikov  explained that we are talking about mutual settlements in national  currencies when making customs payments in Armenia, Belarus,  Kazakhstan and Kyrgyzstan. In April, it was already announced that  Armenia and Belarus started paying for Russian gas in rubles.