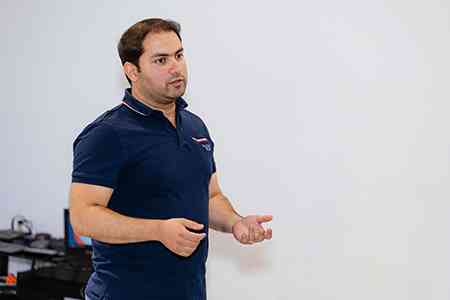 ArmInfo. Team Telecom Armenia received the participants of the CaseKey Business Case Competition, who got acquainted with the company's strategic plans, rebranding  process, professional growth opportunities, vacancies and received  answers to questions regarding the company and to the field of  information and communication technologies.

As stated in the official release of the company, the purpose of the  CaseKey competition is to give practical skills to young people, to  solve problems that arise in the field of business, to increase the  effectiveness of cooperation between the educational and private  sectors. According to the format of the competition, after a 5-month  educational program, the participating teams receive a real problem  designed specifically for the competition, after which they have 72  hours to solve it.

This year, 500 people applied for participation in the competition,  of which 150 reached the coaching stage.  The participants were  divided into 23 teams, each of which had a responsible coach - a  representative of one of the leading consulting companies in Armenia.

Karen Shaboyan, Commercial Director of Team Telecom Armenia,  welcoming the participants of the competition, noted that it is  extremely important to support such initiatives, which give young  people the opportunity to develop projects and make proposals to  solve the problems set by business. , he said.

In turn, Arshak Karapetyan, Co-founder of the CaseKey competition  noted: "This year we are cooperating with Team Telecom Armenia for  the first time and it is important for us to see among our partners a  progressive company that can say something new. Such meetings and  cooperation also motivate our participants", he said.