Armenia is very concerned with unblocking transport links with  Azerbaijan 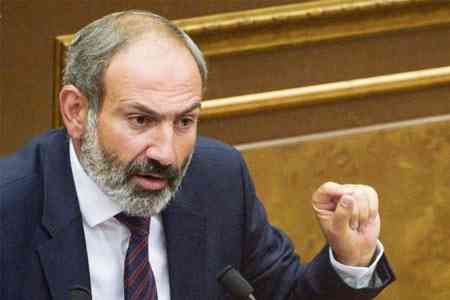 ArmInfo.Armenia is very concerned with unblocking transport links with Azerbaijan and hopes the issue will be settled with Moscow's help, Armenia's Premier Nikol  Pashinyan stated at a plenary session of the Eastern Economic Forum.

In the present situation, logistic networks are "dramatically  changing," opening up new opportunities for Armenia. "Despite  everything, the movement of goods from the east to the west and vice  versa, from the south to the north and vice versa has not stopped. If  we look at the map, Armenia is obviously at the crossroads, and we  think we really have opportunities we could take," Armenia's premier  said. In this context, Mr Pashinyan reminded the participants of the  North-South investment project, which will provide access to the  Black Sea and European countries via Armenia and Georgia.

Recalling the trilateral statement by the Russian, Armenian and  Azerbaijani leaders of November 9, 2020, and the document on the  establishment of a trilateral work group for unblocking transport  links, Armenia's premier said:

"The idea of the project is that Armenia will have access to  transport links via Azerbaijan and vice versa.  Globally, it is an  opportunity to open new international trade routes. We are very  concerned with it and hope we can settle the issue with Russia's  help," Mr Pashinyan said.

Despite some progress in the commission's work, "not all issues are  settled." "We have to settle legal issues of how the road will  operate. The position is clear: the roads must operate under full  sovereignty of the countries they traverse. We hope we an implement  the 'Armenian crossroads' project following this principle,"  Armenia's premier said.

He hopes the South-North and West-East highways will run through  Armenia.

"I think the project is most important not only for the regional  countries, but also for Russia, African and eastern states," he said.