Expert: With the stabilization of the military-political situation,  the exchange rate in Armenia will also stabilize 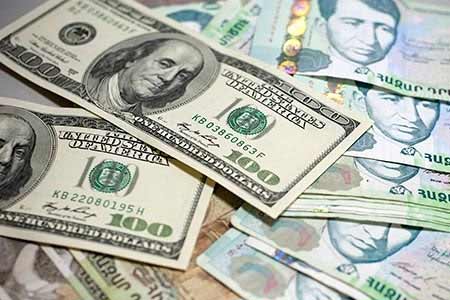 ArmInfo.. With the stabilization of the military-political situation in Armenia, the  exchange rate will also stabilize and most likely return to its  previous positions. One of the leading experts of the foreign  exchange market, who asked to remain anonymous,   said in a conversation with an ArmInfo correspondent.

He noted that the devaluation of the AMD against the US dollar, which  has been taking place since September 13, is not sharp. The expert  noted that the exchange rate shows such behavior under the influence  of the military-political factor, and the economic factor does not  work in this case. In such a situation, it is natural that the sale  of currency has grown significantly. To Arminfo's question, why the  decision of the Central Bank of the Republic of Armenia to raise the  refinancing rate from September 13 from 9.5 to 10% did not hold back  the course, the expert repeated his opinion: "Because this time only  a political factor prompted the devaluation of the dram."

Summarizing his opinion about the devaluation of the dram against the  dollar, the expert said. "There are no and will not be any shocks in  the financial market. The Central Bank's policy is competent and  correct.  Inflation is under control, prices have stabilized."

It should be noted that on September 12-15, the average exchange rate  of the dram in the retail foreign exchange market of Armenia,  increased from 410 to 424 AMD/$1. In particular, on September 13, the  dram devaluated against the dollar by 3 points, on September 14 - by  5 points, and on September 15 by 2:00pm - by 6 points. In relation to  the euro and the Russian ruble, the dram also shows a devaluation  mood, but more restrained than in relation to the dollar.

On September 13 at 00:05, units of the Azerbaijani Armed Forces began  intensive shelling of Armenian positions from artillery and  large-caliber guns in the direction of Gegharkunik, Vayots Dzor and  Syunik regions using UAVs. Attacks were also made on civilian  infrastructure facilities. Since last night, the fighting has ceased.