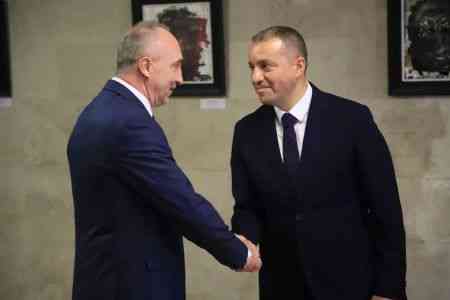 He emphasized that the meeting is of great significance. both in the  context of further expansion of friendly relations between the  countries, and in terms of strengthening and deepening business ties.   Kerobyan said that during the meeting, issues related to the  development of trade and economic relations were discussed. And at  the end of the meeting, the parties signed a protocol that promotes  the development and strengthening of economic ties between Armenia  and Belarus.

It should be noted that, according to the Statistical Committee, the  foreign trade turnover between Armenia and Belarus in January-July  2022 increased 2.3-fold, providing a volume of $85.3 million. At the  same time, exports increased 2.4-fold to $27.2 million, while imports  increased  2.3-fold to $58.1 million.