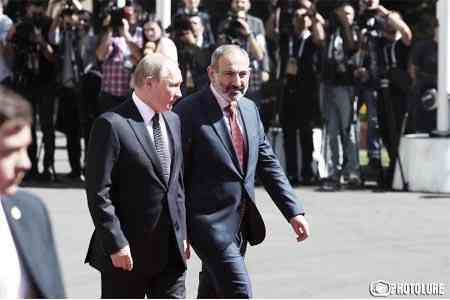 According to him, over 30% of Armenia's trade turnover falls on  Russia. The Russian Federation is also one of the leading investors  in the Armenia's economy - this is about 40% of investments.

Putin also noted that in the first 10 months of this year, the growth  in trade amounted to 67%. <This is a very serious, very good,  positive indicator. However, there are always questions, and I am  glad to have the opportunity to meet," the Russian leader said.