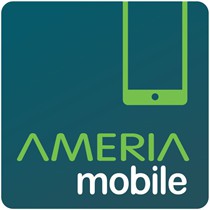 ArmInfo. Within the framework of a three-month campaign on stimulation of on-line operations, Ameriabank held a drawing among the active users of Ameria on-line/mobile banking services on November 17.

A total of 305 users who made at least five operations under on-line and mobile banking systems on 1-31 October took part in the drawing. To participate in the campaign, they were given personal numbers via e-mail and SMS.
The drawing was held by random selection in the presence of media representatives. In particular, the winners were determined through the ballots with personal numbers taken out of a transparent box.
Following the drawing, three participants - holding the numbers 227, 209 and 168 - received Lenovo IdeaPads.
"The development of remote servicing channels are of strategic importance to Ameriabank, because improving the customer service quality is a priority task for us. In this light, this year the Bank
has launched a number of novelties, including mobile banking. Mobile banking and internet banking enable the customers to make any banking operations without visiting the branches," says Arman Barseghyan, Retail Banking  Director at Ameriabank CJSC.
To recall, from October 1 through December 30, Ameriabank is holding an Ameria on-line/ mobile banking campaign. Within the framework of the campaign, the users of these services are given several prizes and privileges. In particular, over the campaign period, the Bank provides the on-line banking service to the new and current individual cardholders for a preferential one-time fee of 1,000 AMD
instead of the common fee of 6,000 AMD. The legal entities are provided with free on-line banking (trial) for 3 months.
To note, Ameriabank CJSC  is a universal bank offering corporate, investment and retail banking services in a comprehensive package of banking solutions. The sole shareholder of the Bank is Ameria Group CY Ltd