Beeline Armenia CEO: Speculating on this painful issue in hard times for country is very unethical 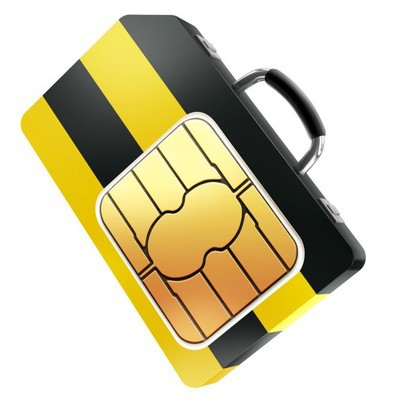 ArmInfo. Yesterday, on April 21, information was spread in the media that ArmenTel has filed a charge against a soldier demanding to repay the debt to the company. Beeline Armenia CEO Andrey Pyatakhin refuted the claims in his statement spread today.

"Media publications contradict reality and damage the reputation of the company", the address of Beeline Armenia CEO says, the press-service of the company informs.

"Armenian citizen Albert Karapetyan became our subscriber on May 18, 2015, when he wasn't a soldier yet. Total sum of the client's debt is a little over AMD 27, 272, and AMD 20, 000 out of it is the cost of the "Silver number". The subscriber stopped paying for connection since July 2015, and received the first SMS about the debt with notification that payment is required in August 2015", the statement reads.

"We found out from articles in the media that the subscriber has been serving for 6 months, therefore, he was not a soldier at the moment the debt was formed. Nevertheless, the company called the client 3 times and informed him through SMS 4 times. The company's system doesn't allow determining if the subscriber is a soldier or not and where he serves, at the front or, let's saying, in Yerevan."

"Summarizing, I will say that since the moment Albert Karapetyan became our subscriber, made a debt, didn't pay it, and the case was taken to court, Albert Karapetyan wasn't in service yet. I'd like to stress that we haven't received any official letter from the subscriber or his relatives with any information on this problem till this moment, we only learned about it from the media. Now I want to address certain media outlets and websites and say that I'm sorry they speculate this painful subject in the hard times for us and the country, using a soldier's name not to solve the issue but to increase their ratings and traffic. They should find a real way to solve the problem, contact us and see how to do that, but they bother the people's ache instead, play with the reputation of our company, don't go into details and don't even ask the other side for comments.  I consider this approach extremely unprofessional and unethical", Andrey Pyatakhin noted in his statement.

"What I'm going to say wasn't in the press, but the situation makes me. Beeline employees and I untied in the hard moment for the country and, as the majority of Armenian people, collected as much as we could for people of Artsakh and defenders of the borders. Beeline employees gathered a very tangible sum to purchase essentials for the soldiers and army: food, medicine, hygiene items, etc. Ten families who suffered from military actions received financial help, and I personally met NKR President to discuss social programs that our company will implement on the territory of Nagorno-Karabakh. As I have mentioned, the media did not cover this, as we chose not to use even our own good deeds for PR, and we regret that some people play with the love and respect Armenian people have for their defenders - soldiers for self-PR and ratings. On behalf of the company, I wish us all peace and confidence in tomorrow", Andrey Pyatakhin stated.