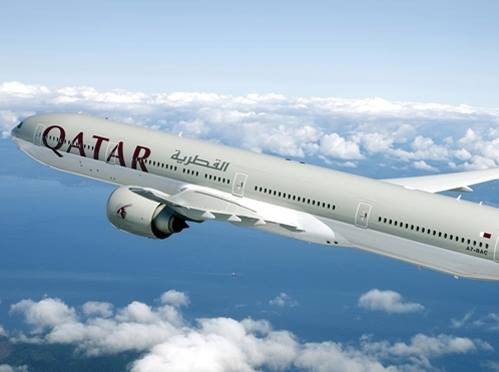 Prime Minister expressed assurance that the entrance of Qatar Airways on the Armenian aviation market will contribute to activation and development of economic ties between Armenia and Qatar including in the field of tourism. Abrahamyan informed that the field of aviation in Armenia has been undergoing liberalization since 2013.  The Armenian government has revised the legislative framework in the aviation field with more than 20 countries of the world and a relevant agreement with China will be reviewed in the nearest future. According to the prime minister discussions are held on Armenia's joining Common European Aviation Area.

In his turn Hugh Dunleavy expressed gratitude to the Armenian government for the provided assistance and informed that Qatar Airways is ready to conduct 4 flights a week on Yerevan-Doha-Yerevan route connecting Armenia with more than 150 countries of the world. According to the Chief Commercial Officer Qatar Airways plans to extend its activities, which will contribute to the extension and deepening of mutually beneficial long-term cooperation between the countries. As ArmInfo informed earlier Qatar Airways Company launches flights to Yerevan on May 16. The flights will be operated by A 320 aircraft every Monday, Wednesday, Friday and Sunday. Qatar Airways Chief Commercial Officer Hugh Dunleavy told reporters that the air carrier will make four flights a week en route Doha-Yerevan-Doha. In the future, the flights will be made on a daily basis to achieve more financial efficiency. As regards the price policy, Hugh Dunleavy said that it will be "dynamic, flexible and competitive". When analyzing the aviation market of Armenia, the company also took into account the navigation tariffs and fuel prices, as well as airport charges, and took a decision to enter the Armenian market. The price policy will be diversified and convenient. Qatar Airways is the national air carrier of Qatar and is one of the most rapidly developing air companies. It was announced the best airline company in the Middle East in 2015 for the third time in a row.