US "Open Systems International" IT company is interested in Armenian market 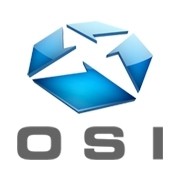 ArmInfo. Open System's International, one of the largest US IT companies, is interested in Armenian market, the company's Regional Director for Middle Asia and North Africa Yusuf Petiwala stated at the Armenian-US business forum held on May 18. He added that the company covers 65% of the US market.

According to him for already six months the company jointly with the Department for Economic Affairs of the US Embassy in Armenia has been conducting relevant research.

Answering to the journalists' question related to concerns the US representatives have with the level of corruption in Armenia as a factor of risk in case of participation Petiwala stated that being a US company Open System's International can not have anything in common with corruption that is why currently the company further studies the opportunities of the Armenian business environment and market. Only when monitoring is finished the possibility of submitting the company's business plan for Armenian market will be determined.

To note, Open Systems International, Inc. (OSI) is the leading supplier of open automation solutions for real-time management and optimization of complex production, transport and delivery networks for utilities in the electric, oil & gas, transport and water industries as well as large industrials, data centers and campuses. OSI was founded in the early 1990s.

To note, the U.S. Embassy in Yerevan, the American Chamber of Commerce in Armenia, the Armenian Ministry of Economy, and Converse Bank, organized a one-day business conference focused on investmentopportunities in Armenia for U.S. businesses.  The one-day program featured presentations by the Ministry of Economy and other Armenian Government officials, the Central Bank of Armenia, Armenia's stock exchange, EBRD, IMF and the Asian Development Bank.